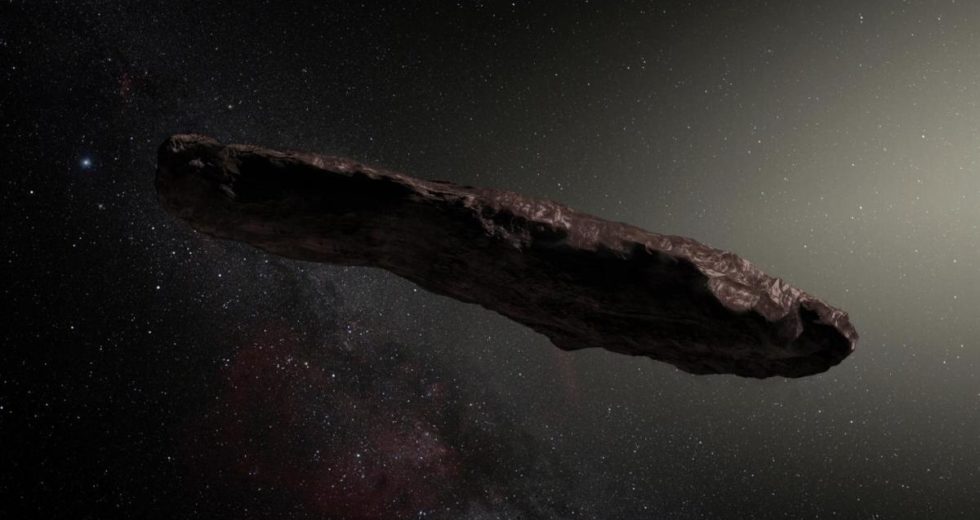 Oumuamua is the very first “alien visitor” that we spotted. Scientists call an interloper the interstellar object that passes close to a star. The interloper is unbound to any star at all. It is free from any gravitational attachment. But when it gets close to a star, it’s like trying to still something from it, so the sky-watchers stigmatize it with the name “interloper.”

Researchers from the Chinese Academy of Sciences and UC Santa Cruz did what they know best. That they’ve researched, and claim they have found a reasonable explanation in a tidal disruption process for all the oddities of Oumuamua. And there are a lot of those, starting with its high-elongated shape.

Oumuamua has trajectory problems too. Although it looks like it is coming from the direction of Vega in the constellation Lyra, the direction of motion says it comes from outside the Solar System.

Oumuamua, the first “alien visitor,” might be a part of a planet

Then, the scientists said that it has comet-like characteristics. Not precisely a tail like comets have, but Oumuamua manifests the same process of outgassing icy volatile compounds melted by the sunlight. In the comet’s case, the meltdown forms the comet’s tail.

Researchers say a tidal disruption would explain everything. The phenomenon describes the encounter of a planet with the edges of a black hole. Getting too close to one of those can end up in a barbaric disruption of that celestial body. The forces within the black hole tear the planet into pieces, and these pieces transform into an accretion disk that subsequently feeds the black hole.

Well, the same phenomenon can occur if a planet gets too close to a star manifesting enormous gravitational forces. Those forces create malformations to the audacious body that dared come that close, elongating it, and pushing is out of its gravitational field.

It wouldn’t be the first presumably explanation for Oumuamua oddities. Still, none of the previous ones was this exhaustive, covering as many of them as the tidal disruption presumption on the “alien visitor.” The study appeared in Nature Astronomy.