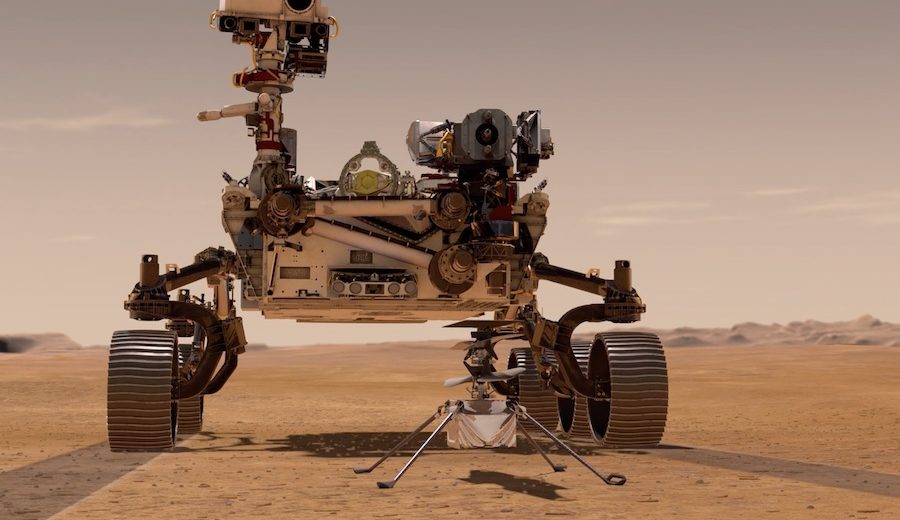 NASA’s Perseverance rover had successfully landed on Mars less than a week ago, and that’s not the only great part. The rover aims to look for traces of microbial life that could have existed on the Red Planet in the distant past, and it also has an important message for all of us.

The rover itself was accompanied by a parachute used for a safer landing on our neighbouring planet. But what many people didn’t know is that the parachute was hiding a message that was written in binary computer code.

According to The Verge, the hidden message says ‘Dare mighty things!’. The message is not only a piece of great advice for humanity in general. It’s also the motto of the research team behind the Perseverance project, and it can be found on the walls of Mission Control from NASA’s Jet Propulsion Laboratory (JPL).

Since the world is full of internet detectives, there’s no wonder how the message was decoded fast. Allen Chen, who’s the lead for Perseverance, dared the public to figure out the hidden message:

In addition to enabling incredible science, we hope our efforts in our engineering can inspire others,

Sometimes we leave messages in our work for others to find for that purpose, so we invite you all to give it shot and show your work.

The Perseverance rover was able to reach the surface of Mars after a cosmic journey that lasted for six months, and it’s completely understandable. The closest distance between Earth and Mars is about 54.6 million kilometres, which means about 140 times the distance that separates our planet from the Moon.

An Atlas V launch vehicle was responsible for carrying the Perseverance rover to the Red Planet, with the lift-off taking place on July 30, 2020, at 11:50 UTC.