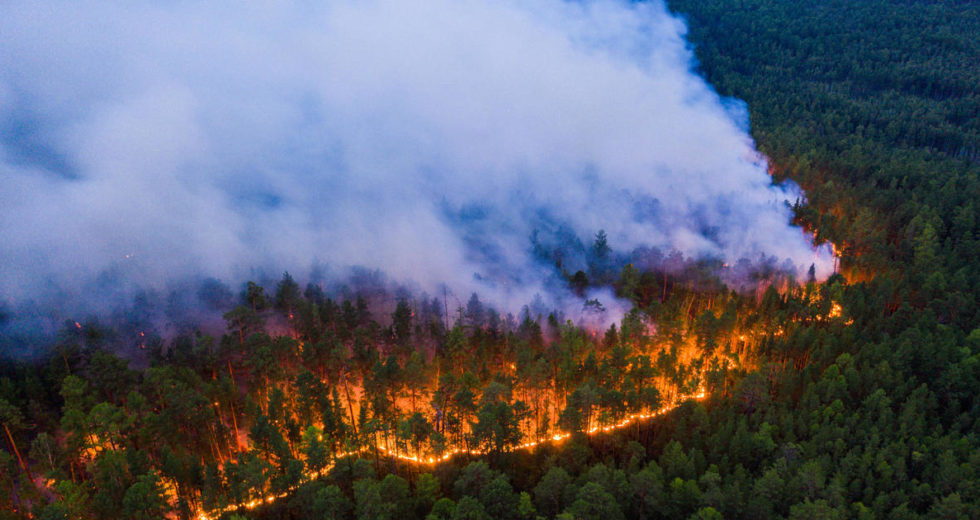 It’s been reported that the zombie wildfires that have been smoldering beneath the Arctic ice all winter have then flared to life this summer when the snow and ice above began to melt. This summer’s wildfires are the worst ones on record, according to the latest data.

Digital Journal notes that back in May just as the spring was beginning in the northern reaches of Siberia, Mark Parrington spotted something strange on images captured by instruments aboard NASA’s Terra satellite.

A thermal anomaly
“Lots of red dots stood out, indicating some kind of thermal anomaly on a vast white expanse. Thomas Smith, an assistant professor in environmental geography at the London School of Economics, quickly noticed that the hot spots were located in areas that had burned in last year’s epic Arctic fires,” according to the online publication that we mentioned above.

Hotspots starting to appear in NASA MODIS & VIIRS 🛰️obs as ice thaws in northern parts of Siberia. Hard to tell if these are fires yet (maybe due to reflective surface) but it is probably just a matter of time… Image below from #TerraMODIS on 5 May https://t.co/MW2cvcKXiu pic.twitter.com/UiixKvQ2Ar

“Whatever they are (land clearance? natural?) they were occurring at the same time last year,” Smith wrote, posting a picture of the same location from 2019. “Zombie fires?” Parrington replied.

Anyway, as we already reported, this has been the worst year on record for Arctic wildfires, dating back to when the monitoring began 17 years ago.

Officials said the smoke plumes were so large, they covered the equivalent of more than one-third of Canada. https://t.co/uqeYWka6sq

Check out the original article in order to learn more details.