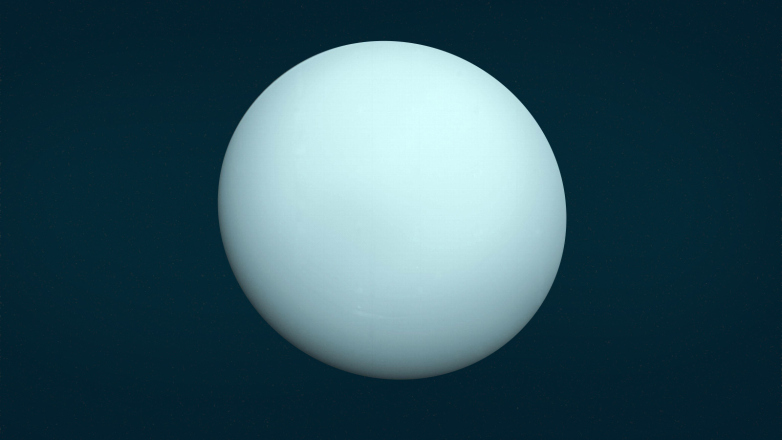 Uranus is by far a pretty peculiar planet of our solar system, contributing to the unicity of the planets that exist in our vicinity. With 27 discovered moons orbiting around it, composed almost only of ice, and having rings similar to those of Saturn, Uranus is a truly fascinating cosmic object.

But to make things even more peculiar, scientists discovered that in the data gathered by the visit made by Voyager 2 in 1986, there is plasmoid – meaning an atmospheric material that gets released into space by Uranus’ magnetic field.

It’s for the first time ever when scientists discover a plasmoid being connected with an ice giant. And despite the simple fact that the atmosphere is leaking material into space, another achievement is knowing more about the planet’s magnetic field. Unlike Earth, the magnetic field of Uranus is weird enough: the magnetic poles are angled 59 degrees away from the normal poles.

The newfound plasmoid was roughly 204,000 kilometres in length and 400,000 kilometres across, which is surprising. The researchers wrote in their study paper:

“The nature of magnetospheric circulation and mass-loss processes remain outstanding and essential topics at both Uranus and Neptune,”

“In order to definitively determine the relative contributions of planetary rotation and solar wind forcing in driving global plasma dynamics, new in situ measurements will be necessary. Until then, the enigmatic ice giant magnetospheres await further exploration.”

The study was published in Geophysical Research Letters.