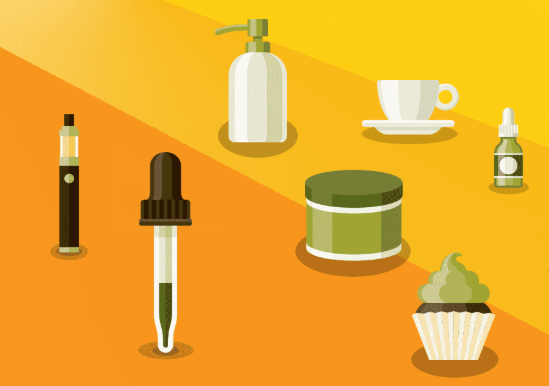 In recent years CBD has become increasingly popular in the United States and throughout the world as people seek new ways to enjoy the benefits of the hemp plant without experiencing the psychoactive effects of THC. Many Americans have incorporated CBD into their routines and are vaping CBD daily to decompress. High end CBD manufacturers such as CBDfx have created a wide variety of products to suit the specific needs of their clients such as topical creams, vapes, oil tinctures, and even CBD that is made specifically for cats and dogs. With such a high demand for products containing CBD, manufacturers have had to get creative to stay ahead of the curve and keep up with an ever growing market.

Many people find that they need to decompress after they have had a busy day at work, while at work, or after a stressful meeting or encounter. CBD is a go-to for many different types of active people like businessmen, athletes, teachers, blue collar workers, and probably even some tiger trainers. It’s popularity among a varied audience is undeniable, and more impressive is that so many of these people, in their varied professions and unique lives, enjoy using CBD daily. Actions speak louder than words, and this fact leads one to believe that these people truly hold their experience with CBD in high regard.

So why are thousands of people incorporating CBD into their daily lives? To answer that question we must first take a look at people, the way they function in contemporary society, and try to understand their desire for a new type of healthy relief. It would be easy to just say that CBD is a healthy alternative to this or that, but instead let’s take a look at some of the habits and routines we humans are prone to in the modern age and the different ways in which we deal with them.

The modern human in western society is typically educated to some degree. Most people in the United States especially, have been through some form of institutionalized education. Throughout this education we are told that we must find a specific area of study, apply to an institution of higher education to further study the topic, and then build a career in that field. Unfortunately the majority of Americans who choose to pursue education beyond that of a public high school are faced with the fact that they will have to take out loans to afford their schooling.

With such pressure from their student loan debt, rent, food, health insurance, car insurance, phone, wifi, gas, water and power bills, the student is all but forced to take whatever job they can, at just about whatever pay they can, until they can find a job in their field of study. This is quite unfortunate because a person in this situation is trapped, seemingly by their own choices. But it wasn’t truly their choices that led them to their current predicament. It was those long dead before us who set into action the concept of institutionalized learning.

It is no wonder that with such pressure people tend to seek forms of self-medication to take the edge off of daily life. This has often been an extremely unhealthy practice due to the fact that the forms of self-medication people usually seek out are alcohol or drugs. Being incredibly unhealthy, it is a wonder why alcohol is even legal, when other types of far less harmful psychoactive substances are easily manufactured organically at a commercial scale.

The United States is no stranger to prohibition, and until recently there has been a national prohibition on just about all hemp based products. The U.S even prohibited the use of one of their biggest cash cows- alcohol. Whenever there is a substance that is made illegal, someone somewhere is making a profit off of it. That is probably the number one deciding factor on what gets legalized and what doesn’t. If it generates better overall profits to make something illegal then that’s the way it will be.

Marijuana being illegal had made the government and privatized jails absurd amounts of money until the late 1990’s when the penalty for possession of marijuana lowered. The penalty was lowered because the general public had realized that marijuana was not a threat. It does not make you incoherent, nor it does not have the same extent of physical repercussions that alcohol does. Being that the government was no longer making money from marijuana arrests and import, in the early 2000’s marijuana was legalized for prescription use. Now in 2020, marijuana has been legalized in multiple states across the country and, of course, is being heavily taxed.

In recent years we are fortunate enough to have seen the legalization on hemp based products such as CBD oil. Being a product that contains all of the benefits of the relaxing hemp plant without the psychoactive effects of THC, CBD has soared in popularity. It is the perfect, healthy substitute for so many of the unhealthy remedies that many of us use to help ease the stress of work and daily life. Luckily CBD products are available and legal throughout not only the United States, but most of the world as well.

This provides people a healthy opportunity to decompress after their busy day in a healthy way. Many Americans are now finding themselves reaching for a vape pen at the end of the day instead of a bottle of whiskey. This is good for their health, their family’s well being, and their state of mind. Being able to relax without having to experience any psychoactive effects means that you can not only relax after after that busy day of work or meetings, but you can do it in a healthy way that still allows you to function and do all of the things you want to do after work for yourself or your loved ones.