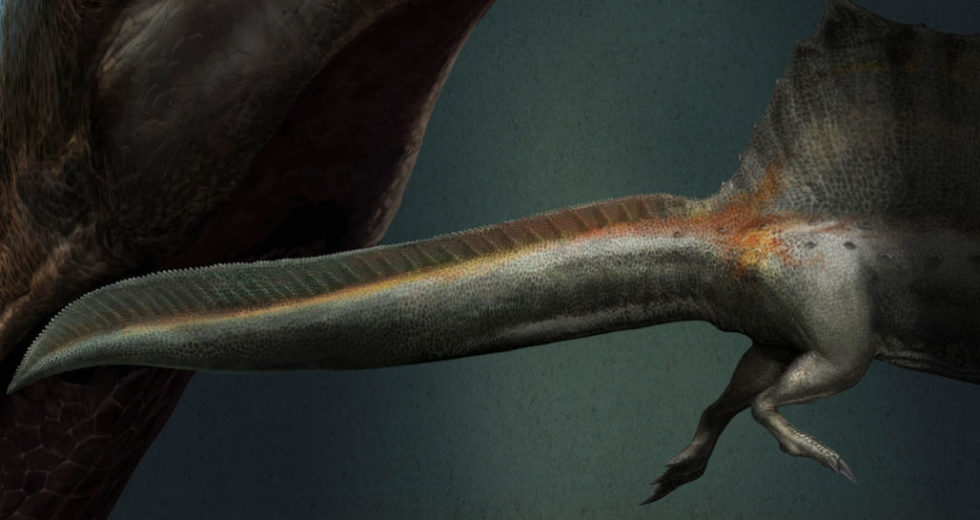 We are all wondering: was Spinosaurus able to swim? It was a huge dinosaur, with its head of a crocodile, and a huge spiky sail coming down its back.

This question has intrigued paleontologists for a decade. The fossil record shows that the Spinosaurus, which was a theropod dinosaur, lived around water, and that it fed on fish. But then researchers suggested in 2014 that the 50-foot-long Spinosaurus aegyptiacus lived an aquatic life, so they had a kind of resistance.

Donald Henderson is a paleontologist at Canada’s Royal Tyrrell Museum. He stated that Spinosaurus was very heavy and that it could float very well, but it was probably not able to sink and catch prey underwater.

Due to the fact that they discovered some new bones in 2018, they were able to reconstruct the tail of Spinosaurus. It turns out it was a great swimmer, and it was able to hunt prey beneath the surface.

Nazir Ibrahim, the author of the study, stated: “This discovery is the nail in the coffin for the idea that non-avian dinosaurs never invaded the aquatic realm. It probably spent most of its life in the water”. Ibrahim has always thought that Spinosaurus was able to swim, and he published the original hypothesis in 2014.

They found the tail bones on a fossil site in Morocco, on the Kem Kem beds. The place is called “the most dangerous place in the history of planet Earth.” Part of the dinosaur was also found near the town of Zrigat. Some of the bones from the tail can get up to 12 inches (30 centimeters) thick. Its tail generated eight times more thrust, and it was 2.6 times as efficient as its other dinosaur friends.