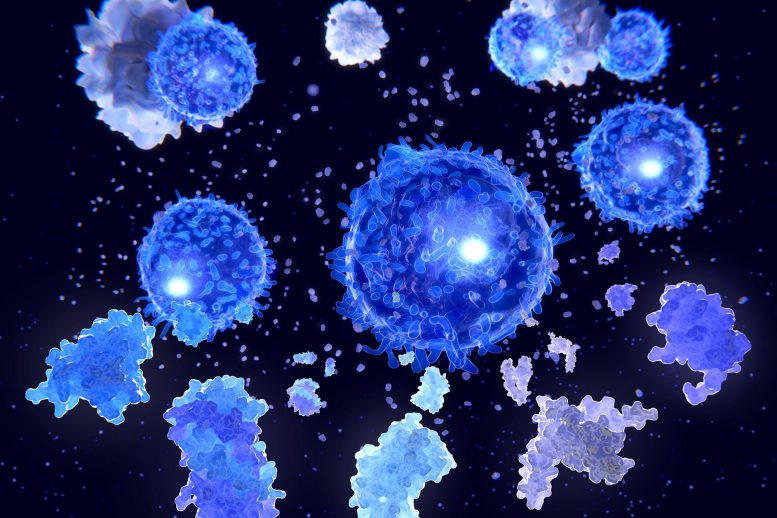 Melatonin is a hormone released by the pineal gland that has the mission of regulating the sleep-wake cycle, and it can be used for treating insomnia. But according to a new study that analyzed patients from the COVID-19 registry of the Cleveland Clinic, the researchers concluded that the usage of melatonin is connected to 30% fewer chances of testing positive for SARS-CoV-2.

The new discovery comes shortly after a new research from the University of Virginia School of Medicine claimed that the SARS CoV-2 virus could be killed with the antidepressant known as fluvoxamine.

Melatonin is cheap and widely available

Study co-author Feixiong Cheng, who is PhD and assistant staff in the Genomic Medicine Institute from the Cleveland Clinic, declared:

“Importantly, the cost of melatonin is much lower than other drugs under ongoing COVID-19 trials, which will be great to fight the pandemic by accessibility to the general population.”

However, he still admits that further work is needed for confirmation of the melatonin as a treatment for COVID-19:

“We hope we will receive some good news from ongoing trials, yet our large-scale patient data analysis and network medicine findings support the potential of possible treatment of melatonin in COVID-19 patients,”

African-Americans are the most favored

The new study revealed that African-Americans had a 52% reduced chances of testing positive for the terrible virus. But the good news is far from over, as people who suffered from diabetes also had a decent score: 48% fewer chances of having a positive test for COVID-19.

While many of us are eagerly waiting for the approval of the COVID-19 vaccine from Pfizer, the disease itself doesn’t have mercy listed as one of its hobbies. The ongoing pandemic continues to kill thousands of people every day, and the USA, India, and Brazil remain the most affected countries.