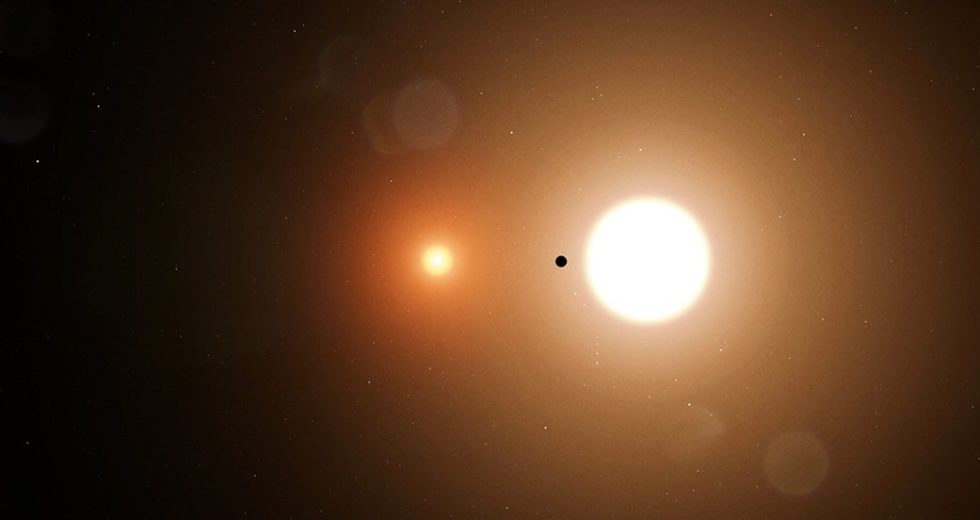 NASA’s planet-hunter satellite (known as TESS) found a new exoplanet that orbits two stars (instead of one, as regular planets do), and the fantastic news is that a high school intern made the discovery!

The announcement resembles Luke Skywalker’s home planet of Tatooine from the Star Wars franchise, with its breathtaking double sunsets.

The new planet is quite a big one, as it’s approximately seven times larger than Earth, nearly Saturn’s size, which makes it likely unlivable.

It received the name TOI 1338b, and it’s the only planet of the TOI1338 system, which is about 1,300 light-years from us, in the constellation Pictor and orbits its twin stars once every 95 days.

The two stars revolve around each other in 15 days. One is approximately 10% larger than our Sun, while the other one is cooler, somewhat dimmer, and approximately a third of the Sun’s mass.

TOI 1338b was discovered by Wolf Cukier, a 17-year old high school student who took a NASA internship last summer.

“I was looking through the data for everything the volunteers had flagged as an eclipsing binary, a system where two stars circle around each other and from our view eclipse each other every orbit […] About three days into my internship, I saw a signal from a system called TOI 1338. At first, I thought it was a stellar eclipse, but the timing was wrong. It turned out to be a planet.”

The system was initially flagged as an eclipsing binary, where two stars revolve around each other and eclipse each other from the astronomers’ point of view.

However, after a careful analysis of the data, Cukier noticed that a planet was present too.

Circumbinaries are hard to find, and astronomers have just confirmed over twenty of them, with the first being discovered almost three decades ago.