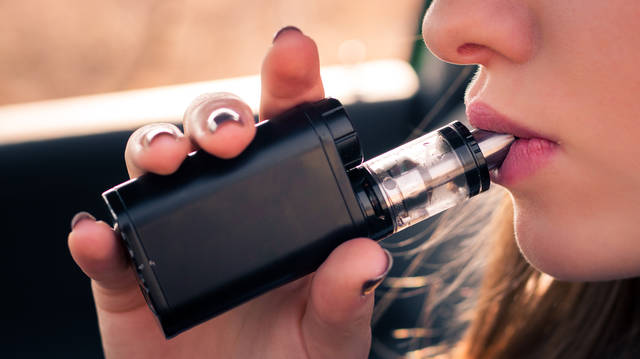 Vaping has been advertised as a safer alternative to smoking, but a new study argues that this may not be the case, at least for some consumers. Researchers have examined the case of a teenage girl who developed a significant throat swelling that could be linked to swelling. The teen visited a doctor after she felt hoarseness in the throat, a feeling compared with a piece of food that got stuck.

At first, the doctor believed that it might have been the consequence of an allergenic reaction and recommended antihistamines. Still, there was no improvement, and the case was escalated to a hospital.

According to the researchers who led the study, the teenager was affected by epiglottitis, which manifests as an inflammation of the flap, which can be found near the base of the tongue. Its role is to prevent food from breaching into the trachea, and it was thought that an infection caused the issue.

Vaping Caused a Life-Threatening Throat Swelling in a Teenager

The researchers conducted a series of tests that should have tracked down dangerous respiratory pathogens, among which we can count the rhinovirus and enterovirus, influenza, Streptococcus, and others. However, all the tests were negative, with no signs of an infection of any kind. At one point, the teen admitted that she used a flavored e-cigarette a few times before her symptoms started to develop.

At this point, it is essential to underline the fact that while the researchers argue that vaping may have been a potential cause, there is no conclusive proof at this point.

Vaping has come under heavy fire in recent months after several deaths, and cases of lung injuries have been associated with the widespread habit. Yet, in most cases, the negative consequences were linked to the use of altered devices and black market e-liquids that were enhanced with a variety of chemicals. Researchers published a paper in a scientific journal.