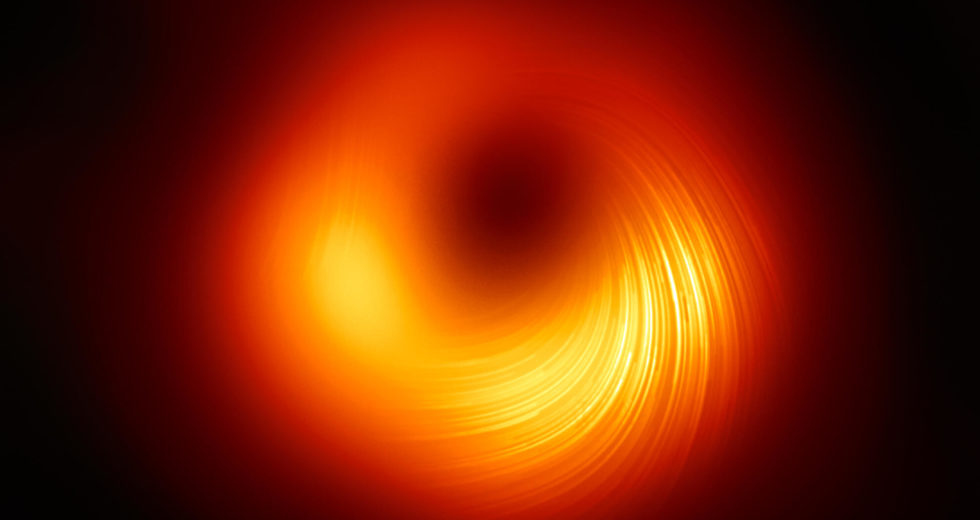 Black holes are so unique that they push scientists’ minds to the edge. There are numerous theories about how the universe works near the event horizon of the peculiar objects, and even the Event Horizon Telescope (EHT) project may tell people which ones are accurate. Currently, the team conducted fresh observations of the gigantic black hole in the middle of galaxy M87, showing magnetic field lines around the void.

The EHT isn’t a single unit but a network of radio telescopes spanning across the planet. It incorporates facilities like the MIT Haystack Observatory, the Max Planck Institute for Radio Astronomy and the Atacama Large Millimeter / submillimeter Array.

Those ultra-sensitive radio receivers combined power helped the EHT image the supermassive black hole in the middle of M87 in 2019.

It was an impressive moment for science, as the image confirmed the formerly theoretical presence of light swirling around the event horizon.

However, that was not the end of the project. The team kept scanning M87, which is approximately 53 million light-years away, to get more data.

In the most recent update, the EHT project resulted in a new version of the image displaying polarized light around the event horizon.

The whirlpool-like lines describe the magnetic field around the black hole, providing scientists with an extra chance of testing their newest hypotheses.

With the new data sets, the scientists focused on analyzing the role of ultra-hot magnetized gas. The polarized light is a sign of strong magnetic fields surrounding the event horizon, pushing the gas away and keeping it from being eaten by the event horizon.