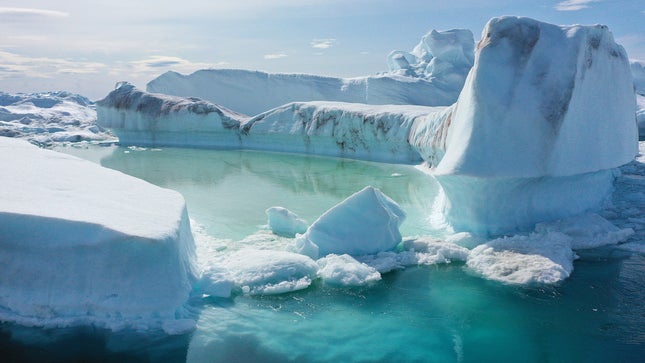 The current loss rate is in line with the worst-case scenarios in the Intergovernmental Panel on Climate Change.

The melting of ice across Earth speeds up at a never-before-seen rate, a new study published in the journal The Cryosphere says.

Thomas Slater, the study’s primary author and researcher at the centre for polar observation and modelling of the University of Leeds, alarmed that the consequences would impact the whole planet.

“Sea level rise on this scale will have very serious impacts on coastal communities this century,” he stated.

Approximately 28 trillion tonnes of ice vanished between 1994 to 2017. The paper’s authors determined that the lost quantity would be enough to blanket the United Kingdom with an ice sheet 100 metres thick.

Over the period the study analyzed, the rate of ice loss sped up by 57%, the paper says, from 0.8tn yearly in the 1990s to 1.2tn tonnes a year by the end of the study period.

The loss of ice between 1994 to 2017 has provoked a rise in sea levels by approximately 35 millimetres.

The most significant ice quantities were lost in the form of floating ice in the polar regions, increasing the risk of albedo loss, a feedback mechanism.

The most significant ice volume loss was observed in glaciers, with over 6tn tonnes lost between 1994 and 2017, approximately a quarter of global ice loss over the study period. That decrease will likely lead to both flooding and water shortages in various regions.