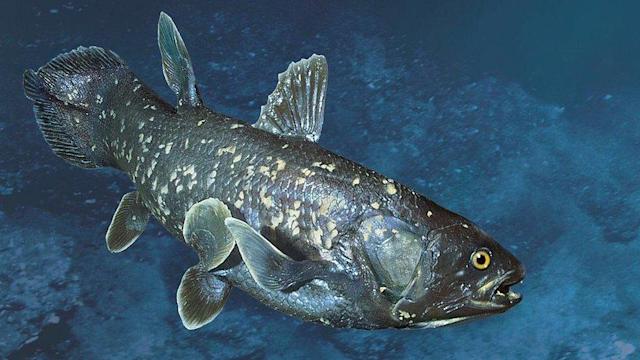 A new study revealed that the coelacanth, an enormous peculiar fish originating from dinosaur times, can live for a century.

The slow-moving, human-sized fish delve in the deep, grow at an intriguingly slow pace.

Females hit sexual maturity during their late 50s, the study revealed, while male exemplars mature sexually between 40 and 69 years.

Also, the researchers determined that the pregnancy in the species spans for about five years.

Coelacanths have been inhabiting the earth over the past 400 million years. It was believed that they went extinct until live specimens were discovered in 1938 off South Africa.

There was a time when scientists thought that coelacanths live for approximately two decades, but a standard technique for dating regular fish helped a team of French researchers figure out that they live nearly a century.

The species is so endangered that researchers can only analyze a specimen that is already caught and deceased.

In the past, the age of the fish was determined by counting big lines on a particular coelacanth scale.

However, the French team discovered that they were missing smaller lines that were only noticeable under polarized light – the same technique used in dating commercial fish.

Burno Ernande, the study’s co-author and marine evolutionary ecologist from France’s marine research institute, claimed that polarized light showed five minor lines for every big one, which led to the conclusion that the smaller lines better represented the age of a coelacanth, which showed that the oldest specimen was, in fac, eighty-four years old.

The five-year-old gestation was described as “very strange” for any animal by Harold Walker, a member of the Scripps Institution for Oceanography, who wasn’t a member of the research group.