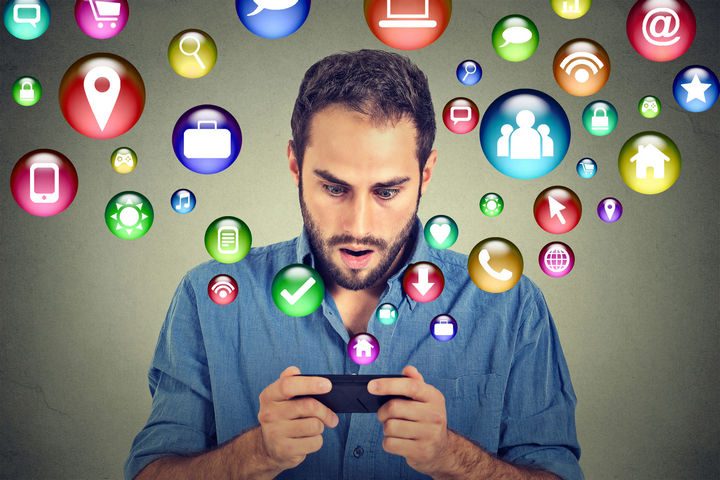 Nowadays, our lives are connected to our smartphones, even more than we would like to admit, as many of us are spending a lot of time using their phones. But how much is too much? One study tried to determine many people is smartphone addiction affecting.

How much is smartphone addiction affecting your brain?

Scientists from the Counterpoint Research say that the mere presence of the phone makes us lose our focus. They say we are distracted even when we turn off the notifications and put our phones in another room.

The study involved 800 people who were asked to perform different tasks while they had their phones on the table, in their pocket, or even in another room.

And, as expected, the people who had their phones in another room performed the best.

The study concluded that 50% of the smartphone users spend more than 5 hours on their phones playing games, browsing on social networks, or chatting.

“Phantom vibrations” is another common phenomenon linked to smartphone addiction, to some extent

I guess it has also happened to you to feel that your phone vibrates when the device is in your pocket. This common phenomenon is known as “phantom vibrations” and is very common, according to another study conducted at the Indian University and Purdue.

According to this research, smartphone addiction makes your brain anticipate, of course, falsely, a notification.

Smartphone addiction affects the quality of your sleep

Scientists at the University of California chose 653 people for a research in this regard. They downloaded an app that monitors their sleep and time spent on the phone.

Finally, it turned out that those who presented smartphone addiction were sleeping much worse.