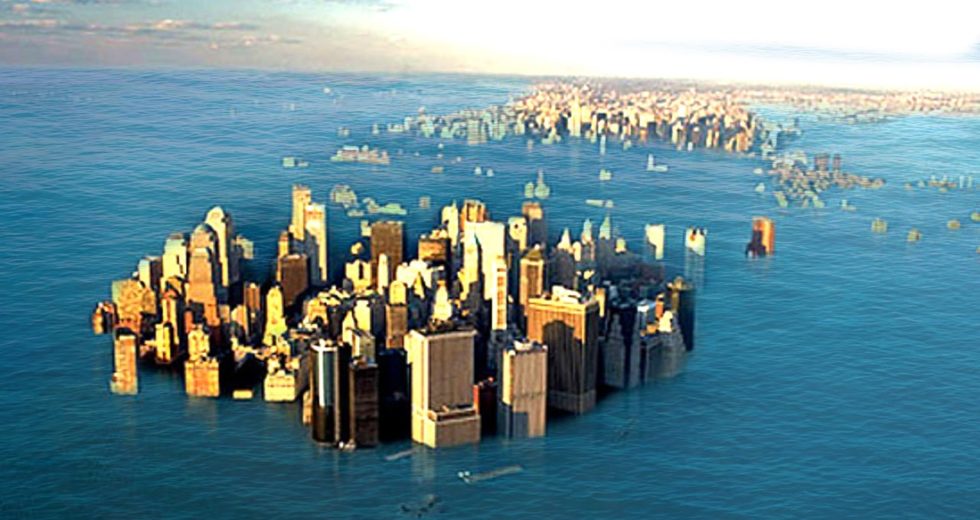 If experts’ new estimates are correct and the estimates regarding the sea-level rise turn out to be true, this could end up affecting about 770 million people or about 10% of the world’s population that’s currently living 16 feet or 5 meters above the sea level.

Millions of people who are living in coastal areas would be at risk if the global temperatures were to rise by another 3.5 degrees Celsius. This would cause sea-levels to rise by more than 4 feet by the end of this century and 16 feet by the year 2300.

A recent study explained that “would expose up to hundreds of millions of people to coastal flooding and devastate coastal ecosystems,” said the authors of the study published in the journal Climate and Atmospheric Science. If the new estimates turn out to be correct, this could affect around 770 million people or about 10% of the world’s population, according to The Sun.

“A global sea-level rise by several meters would be detrimental for many coastal cities such as Miami, New York, Alexandria, Venice, Bangkok, just to name a few well-known examples. Some may have to be abandoned altogether as they cannot be defended,” co-author of the study Stefan Rahmstorf said as per The Guardian.

This study includes the views and opinions of 106 experts who have been chosen due to the fact that they published at least six peer-reviewed papers on this subject in important academic journals.

The predictions about what will happen by the year 2,300 is based on the fact that the rising temperatures will be causing ice sheets that are covering West Antarctica and Greenland to shed trillions of tonnes in mass, according to the latest reports.

We recommend that you head over to The Guardian’s article in order to learn more details on the matter.

One thought on “Sea-Levels Could Rise Up To 4 Feet, Experts Warn”