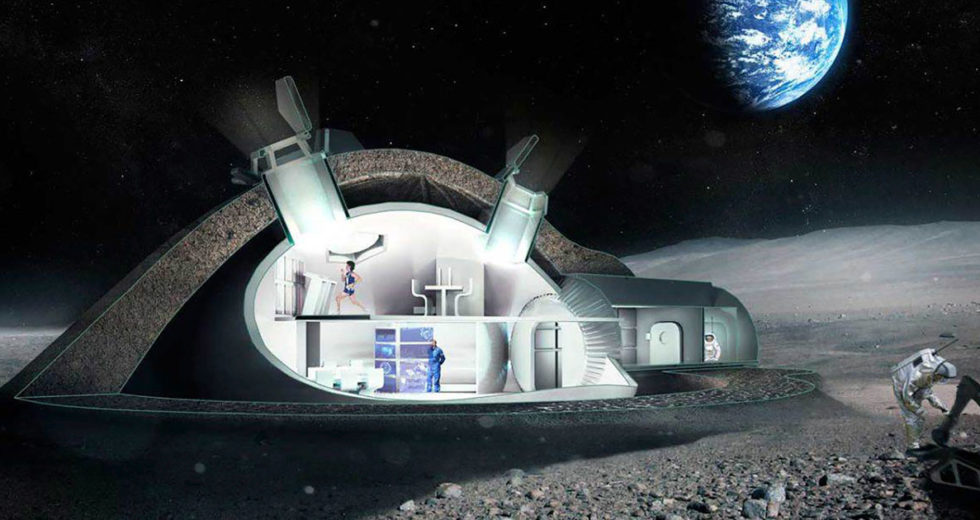 If humans ever decide to go live on the Moon – which will most likely happen at some point – we’ll have to build something to live in.

Small landers proved perfect for the short duration of the Apollo missions, but they aren’t the solution we need for long-term accommodation.

However, transporting building materials to the Moon is extremely inefficient, which is why many scientists are looking for better solutions, and they came to the shocking conclusion that one of them is urine.

It turned out that urea from astronaut urine can be used to prepare the special concrete for building structures on the Moon. One of the main advantages of using urea is that structures turn out less brittle and more flexible, so buildings are safer and more durable.

Ramón Pamies, a materials scientist of the Polytechnic University of Cartagena in Spain, said:

“To make the geopolymer concrete that will be used on the Moon, the idea is to use what is there: regolith (loose material from the Moon’s surface) and the water from the ice present in some areas.”

“But moreover, with this study, we have seen that a waste product, such as the urine of the personnel who occupy the Moon bases, could also be used. The two main components of this body fluid are water and urea, a molecule that allows the hydrogen bonds to be broken and, therefore, reduces the viscosities of many aqueous mixtures,” he added.

The temperatures on the Moon’s surface vary between -130°C (-208°F) to 120°C (250 Fahrenheit), and it gets even colder at the poles, which is why materials not only have to be capable of withstanding significant thermal variations but also be extremely efficient insulators.

Also, the fact that the Moon lacks an atmosphere makes it subject to a lot of radiation, which is why incoming space rock doesn’t burn up like they do when entering our planet’s atmosphere.

It is estimated that Earth is bombarded by 44,000 kilograms (97,000) of space debris daily, so lunar structures will have to withstand severe damage.

Urea is available wherever humans are, so the researchers decided to try building small structures out of synthetic lunar regolith and urea.

They used a 3D printer to construct cylinders of the mixture to analyze how well can urea work as a plasticizer.

They made similar cylinders out of regolith simulant and naphthalene- and polycarboxylate-based superplasticizers, as well as a control cylinder that contains no plasticizer at all.

The team conducted various tests with the newly built cylinders to determine how well they withstand Moon-like conditions.

The results were surprising – The polycarboxylate and the control mixture were too rigid to be molded and appropriately used. It ultimately cracked due to intense stress, even though they held up decently when small weights were put on them.

However, the mixtures containing naphthalene-based superplasticizer or urea performed remarkably as 3D printing materials. They were easy to mold to the desired structure without deforming significantly and were able to withstand heavy loads with relative ease.

They analyzed the behavior of the cylinders after a series of heating them up and then cooling them down and observed that the urea mixture manifested a “continuous slight increase in compressive strength.”

“We have not yet investigated how the urea would be extracted from the urine, as we are assessing whether this would really be necessary because perhaps its other components could also be used to form the geopolymer concrete,” which means that further research might provide a doable solution.