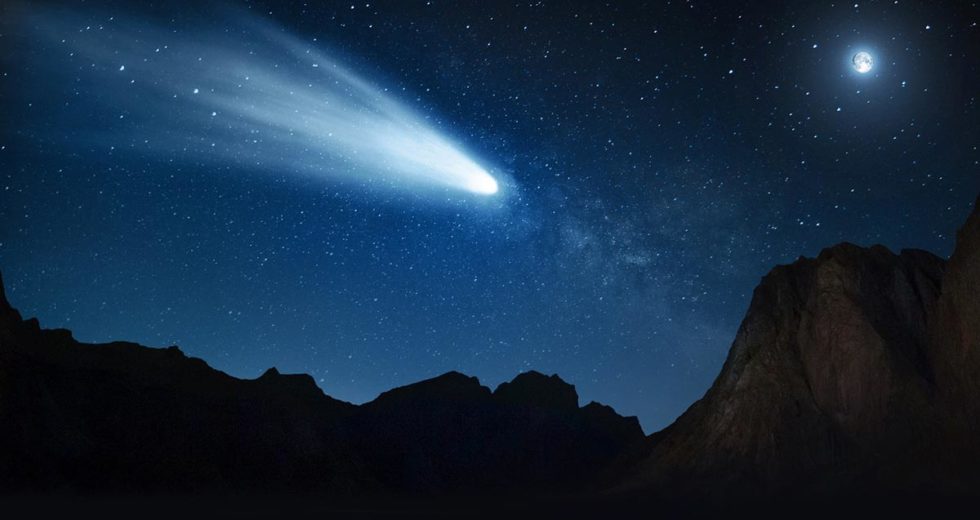 The newly discovered object from outer space is something between an asteroid and a comet. Also, it’s located within Jupiter’s orbit, is the first of its kind ever to be detected.

The celestial body has been labeled 2019 LD2, and it’s Jupiter’s only active Trojan.

Trojans are large groups of asteroids that share their orbital paths with Jupiter. They are mostly inert, dead, with the newly discovered one being the oddball.

2019 LD2 has a comet-like tail, according to the University of Hawaii’s Institute for Astronomy.

Usually, small-bodied celestial objects are labeled as either asteroids or comets, but 2019 LD2 is neither of the two.

Asteroids aren’t too unique, but comets sometimes called “dirty snowballs,” are known to shed their volatile surface materials when they get too close to the Sun, which produces a visible tail and a glowing coma around the nucleus.

However, there’s a middle-tier class of objects, too, known as active asteroids.

Those are regular asteroids that have spontaneously sprung to life.

2019 LD2 was discovered almost one year ago by astronomers from ATLAS, which is short for the University of Hawaii’s Asteroid Terrestrial – impact Last Alert Systems.

When it was first spotted, 2019 LD2’s fuzzy appearance suggested that it might be a comet or at least share similar characteristics with one.

A second analysis from ATLAS revealed that the peculiar object presented a faint comet-like tail, most likely consisting of gas and dust. According to the latest press release, 2019 LD2 is still active, which is impressive. One of the reasons why the discovery is so important is that active asteroids are rare, and 2019 LD2 is the first active Jupiter Trojan to be discovered.