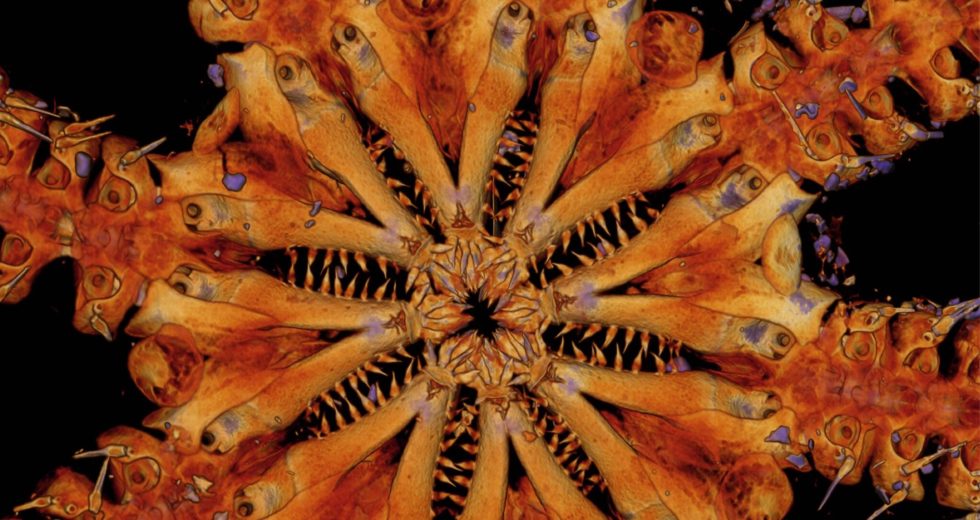 A Pig-snouted star is what can describe the newest discovery made in the South of the Pacific ocean, which seems to be dating from the era of the dinosaurs.

This new finding is a totally new family of these fossils that exists for almost 200 million years, measures 3 cm from end to end, and is 8 cm long. It has been observed that these kinds of fossils hide up to 560 meters deep, in a habitat that has not change during the past millennia. This can be possible probably because tropical areas are ancient, dating back to the Jurassic period, says O’Hara, the leader of the study.

The scientist O’Hara found out these fossils back in 2015, in a cylinder with unknown specimens in The National Museum of Natural History in France. It was discovered in 2011 while the men of science took an exploration to New Caledonia, for those who don’t know, a region of French in the South Pacific. There they came across a brittle star which was weird and unfamiliar. It had eight arms that could be compared with pig snouts, long jaws, and thick teeth, very different from a normal brittle star, as O’Hara said.

After an analysis of the fossils DNA, the researcher team could saw that the star was not really similar to the already known brittle star. That was the moment when a paleontologist from another National Museum of History recognized the pattern of the star. An anatomical comparison proved that the fossil had its origin from 180 million years ago, when the Pangea split and formed a new ocean. It was created a new family, whose name is supposed to come from the word which in Greek means serpent and from the Mountains that it was discovered in Ophiojura Exbodi.