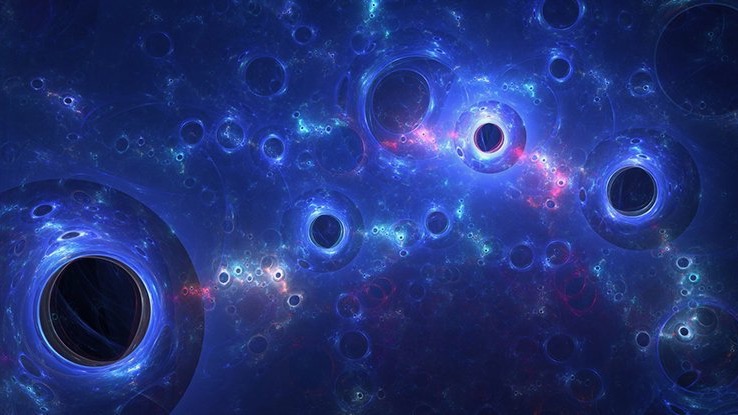 Dark matter is already one of the most mysterious structures in the Universe – despite the fact that it cannot be seen, dark matter accounts for about 95% of the total mass of our physical reality. Furthermore, dark matter doesn’t emit energy nor light, it binds stars within a galaxy, and it cannot be directly observed in any way by scientists.

But physicists are now even more baffled by the presence of dark matter within the Universe’s composition. According to a recent study that implies observations from the Hubble Space Telescope and the Very Large Telescope from Chile, there’s a discrepancy between observations of concentrations of dark matter in three clusters of galaxies and theoretical computer simulations for how dark matter should be distributed.

Should we reconsider the nature of dark matter?

Priyamvada Natarajan, a co-author of the new study and an astrophysicist at Yale University, said:

“Either there is a missing ingredient in the simulations or we have made a fundamental incorrect assumption about the nature of dark matter,”

Gravitational lensing occurs when the light from distant sources like faraway galaxies travels through objects like another galaxy or a cluster, and therefore the light is deflected and bends.

According to the new observations, gravitational lensing effects produced by galaxies residing inside galaxy clusters were much stronger than how the current dark matter models predicted. This suggests an unexpectedly large concentration of dark matter in the galaxies in question.

A variety of astrophysical observations explain the presence of dark matter, including gravitational effects that cannot be explained unless more matter is present than can be seen. Not only that scientists believe that dark matter is abundant in the Universe, but also that this mysterious structure has had a strong influence on the structure and evolution of our physical reality.

The new study was published in the journal Science.