Home Men's Health Medical Collections 101: What Happens When You Don’t Pay Your Bills 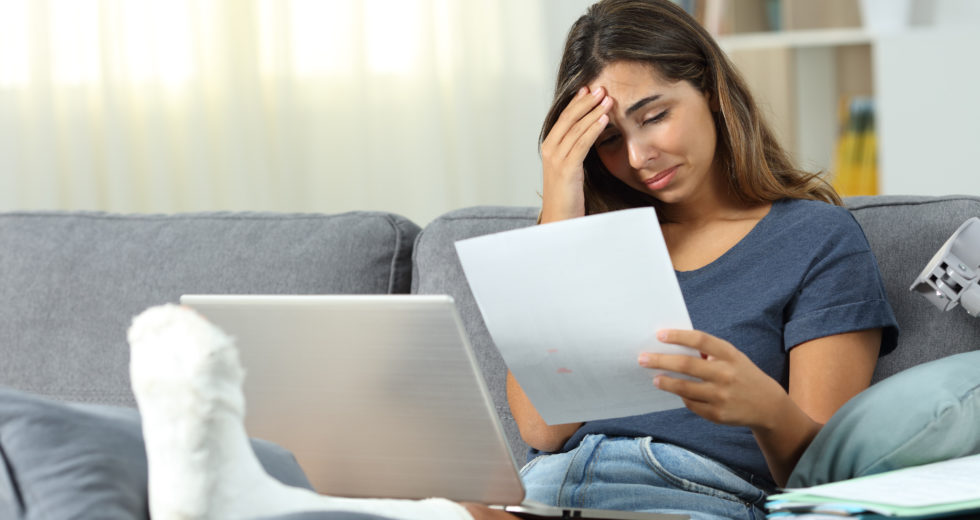 The United States has the most expensive healthcare in the world. According to a 2019 review by the Organization for Economic Cooperation and Development, the average American spends over USD$8,000 annually on healthcare. Experts expect this figure to increase during and after the COVID-19 pandemic.

There are various reasons for the hefty price tag on hospitalization, let alone a simple consultation. Carmen Barber, executive director of Consumer Watchdog, believes that the country’s ‘for-profit’ insurance system is one. Unlike most countries, Americans partly cover the cost of their healthcare plants despite employer subsidies. However, as they’re aware of the importance of getting insured, people are forced to get some degree of coverage.

Even with insurance, one out of six Americans defaults on their medical bills, according to a 2020 survey of 2,700 employed adults. Deductibles tend to stack, which affects their take-home income. And, the cost of healthcare has been rising over the years, negating any positive growth, like salary increases and tax exemptions.

For instance, John is suffering from chronic heart disease and requires regular trips to the hospital for consultation and treatment. After several months, his unpaid medical expenses amount to USD$10,000. Below is a discussion on what would likely to happen if he doesn’t settle his debt immediately.

Heads Up from Debt Collectors

The hospital will most likely sell John’s (and others’) debt to debt collectors, which will be coming to him on the hospital’s behalf. The waiting time before selling the debt can vary depending on the network and location, among other factors. John can expect a call or text from the collectors soon, and the worst thing he can do is ignore them every time.

Ignoring medical debt is a surefire way to get a lawsuit, and even ignoring that will force the court to favor the collector by default. The best course of action is acknowledging the medical collection and being aware of the debtor’s rights. Debt collectors can’t pester people to the point of outright harassment, which includes sending them messages incessantly or threatening them.

John’s debt at this point is more than just the USD$10,000 he initially owes. Assuming he’s still going to the hospital for his scheduled medical care, his dues will keep growing. He has to settle the debt before it affects his ability to go to the hospital regularly.

The collectors will open negotiations, allowing debtors to review their bills and check for mistakes. Believe it or not, a medical bill can have any or some of the following errors:

Some errors can even be intentional, as an investigative report by Vox uncovered in 2017. Patient spending between 2009 and 2015 dramatically increased, even as visits to ERs have dropped over the same period. For every ten visits to ERs, nine involved unnecessarily charging patients with a level 4 or 5 billing. Treating back pain could warrant a level 4, which should only be a level 3.

Identifying mistakes can reduce medical debt a great deal, and online resources now make it easier. For example, the Centers for Medicare and Medicaid Services website features a database of codes that medical centers use. As of 2019, the agency has also required providers to publish the services they offer and their cost.

Through close coordination with his debt collector, John managed to cut his debt down by USD$2,000. He had been billed twice for the same service on the same day, not to mention an extra zero on the cost of one consultation.

John now only owes the hospital USD$8,000, which is still a hefty sum. Worse, because of his disease, he hasn’t been able to report to work for months. The pandemic has also prolonged his days without precious income. And, depending on its nature, his job may no longer exist.

He has two options moving forward. First, he can apply for a financial assistance program; some for-profit hospitals offer one, while nonprofit ones are required under federal law to provide one. To qualify, the debtor will need to show proof of low or no income; the bill can be reduced further or written off entirely.

If this isn’t possible, he can opt to declare bankruptcy. However, this is the riskier option because it will damage the debtor’s credit score more than it already had been just having the debt collected. Medical debt can stay for up to seven years, but bankruptcy can remain for over a decade.

Life following medical debt will be as difficult, if not more. No matter how you’ll approach it, the best way to deal with medical debt is to avoid having it by staying healthy.