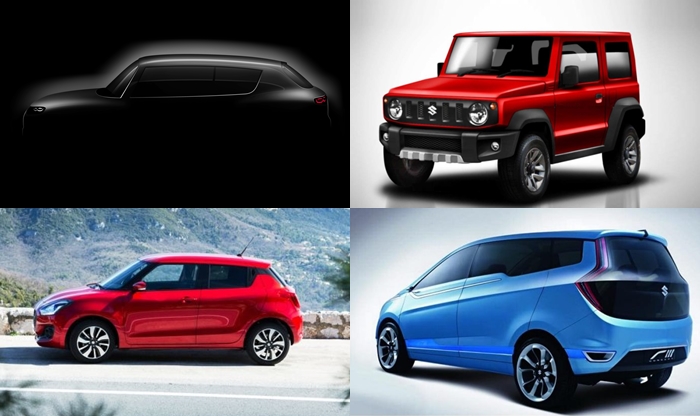 Changing the future has always been the focus of many carmakers and this is what Maruti Suzuki is doing with their latest concept. They have already introduced the sub-4-meter SUV and are now going to impress the public with a micro-SUV in Rs 4 to 8 lakh bracket.

We’re going to wait until February until the AutoExpo in Greater Noida starts to see it presented, but until then, let’s check out all the details revealed so far about the micro-SUV.

Maruti Suzuki has already presented a lot of sports utility vehicles to the market in India and now the Indian team – Maruti, will go ahead and make the most of their engineering strength. Based on what the Indian market desires from a vehicle, both the Indian team of designers and the ones from HQ have put their brains together and came up with the Concept Future S.

One of the engineers at Maruti Suzuki, Raman has said that the ConceptFutureS is a ‘new compact car design language’ that looks and feels like a SUV.

Raman also said that the vehicle Maruti usually develops is addressed globally, not only to the market in India. So far, they have seen that SUV vehicles are also liked in Europe: ‘It is essentially driven by need of India, but it could potentially be a global car’.

A New Shape For the Future Cars

The design shows a vehicle that has an upright stance that demands higher seating and obviously, ground clearance, making the SUV look aggressive while looking at its stance and posture. The concept has been created to get some feedback from the potential customers and the company has accepted to let the designers choose how the vehicle will look.

Raman believes that the compact car might shift the way we’ll drive a car in the future: ‘ConceptFutureS could mark a distinctive shift in how compact cars are shaped and designed in India in the future.’ This design is only a tease, but if it gathers enough positive reactions, the experiment might become reality in the future.