Home News Learning More About Insulin And The Types 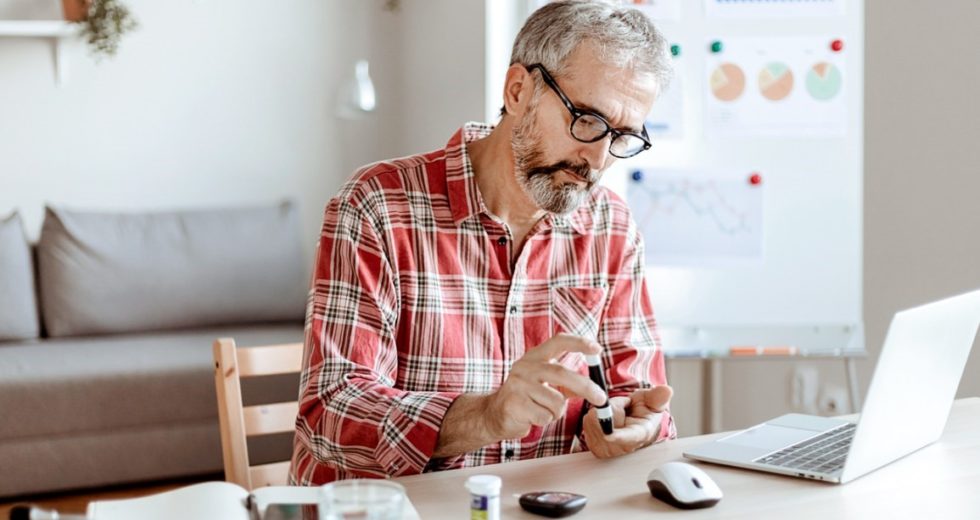 As a diabetic, you’ll likely need to take medication to keep your condition under control. If you don’t, there is a risk that things are going to spiral out of control. You’ll get sick and it could be deadly. With that being said, you need to learn as much as you can about the different types of medications used to combat diabetes. You’ll likely need to use insulin to manage your condition. How much do you know about insulin? Did you know that there are several different types?

Do you know how to properly use your insulin? Within this guide, you’ll learn more about common diabetes medications and different types of insulin.

First and foremost, you’ll want to learn more about the basics of insulin. What is it? How does it work? Insulin is a hormone that is naturally produced in the pancreas. Insulin is important because it helps the cells utilize glucose. Insulin is the primary anabolic hormone in the body. It serves an assortment of purposes including regulating metabolism, fat, and proteins. In order to stay healthy, it is pertinent to make sure that your body maintains proper insulin levels. Otherwise, you’ll experience severe problems. If you don’t have enough insulin, your glucose levels will drop. If your blood sugar levels are too low, there is a risk that your body will not be able to carry enough fuel to serve its purpose.

On the flip side, having too much insulin can be dangerous as well. As a diabetic, you’ll need to take medication to maintain proper insulin levels. Below, you will learn more about the different types of insulin and diabetes medications.

Insulin is divided into five categories, including rapid-, short-, intermediate-, and long-acting as well as pre-mixed. These insulin categories tell you a lot, such as the speed of onset and length of effectiveness. For example, rapid-acting insulin starts working within 15 to 30 minutes after the initial injection. Comparing the rapid-acting onset to short-acting, the onset is delayed by at least 15 minutes. With this said, it is crucial to note, the onset of rapid-acting insulin varies slightly from one brand to another. For example, the fast-acting insulin Lispro (Humalog) has an onset of 15 to 30 minutes while the fast-acting insulin Aspart (Novolog) has an onset of 10 to 20 minutes.

All diabetics utilizing insulin to control their blood glucose levels need to know this information, especially for all prescribed insulin.

Aspart, branded as Novolog, is a rapid-acting insulin, with an onset of 10 to 20 minutes, which is slightly faster than the fast-acting Lispro (Humalog). Aspart’s peak time is between 40 and 50 minutes and duration between three to five hours.

Aspart is to be taken with meals. It is not be taken after or before meals, but with meals. The prescribing physician needs to make sure his/her patient is fully aware of this recommended administration time.

Novolin N is used by diabetes patients to properly manage their condition. This insulin is intermediate-acting. This means that it’ll begin working within 2 to 4 hours after it has been injected. Then, it’ll take this insulin 4 to 12 hours to work. Novolin N insulin can stay active in the body for 12 to 18 hours. It is an effective insulin medication for improving blood sugar control and can be used by adults and children who have diabetes mellitus. Depending on the situation, it may be essential to use Novolin N with other types of insulin too.

Many diabetes patients prefer using the NovoLog FlexPen. This insulin is effective for lowering the levels of sugar in your blood. One thing to remember about the NovoLog FlexPen is that you’re dealing with a fast-acting insulin. It only takes 15 minutes for this insulin to start working. Then, it will peak in your body within an hour. NovoLog FlexPen doesn’t last long since it has a maximum operational lifespan of 4 hours. With this in mind, you’ll need to use it several times a day or you’ll need to combine it with other types of insulin.

Levemir or insulin detemir is a man-made insulin that many diabetics use. This long-acting insulin is great for lowering your blood sugar levels. One of the best things about Levemir is that it will continue working evenly for a maximum of 24 hours. So, there is a good chance that you’ll be able to use Levemir once a day to control your diabetes.

Metformin is a very popular Diabetes Type 2 medication. This oral diabetes medication requires a prescription. With that being said, you’ll need to consult with your doctor before getting it. Metformin is sold under several brand names including Glumetza, Riomet, and Fortamet. It is designed to help control blood sugar levels, and it is very effective for this purpose. Your doctor will recommend combining Metformin with diet and exercise to keep your blood sugar levels in check.

Furthermore, you may need to use other insulin and diabetes medication. Just remember that Metformin is not suitable for type 1 diabetics. If you have type 1 diabetes, you’ll need to find a different medication.

While you could buy insulin online, you’ll want to learn more about common diabetes medications. Januvia is very popular because it is taken orally. Many people prefer this method since they don’t want to use a needle several times each day. Januvia is helpful because it regulates the amount of insulin your body creates after a meal. This medication is suitable for many patients, but it should not be used by patients who’ve had kidney disease, heart issues, gallstones, alcoholism, or high triglycerides.

Insulin is a hormone produced by the islets of Langerhans in the pancreas. Insulin is vital for the human body because it helps control the amount of glucose flowing through the food. If your body doesn’t have enough insulin, you’ll likely have diabetes. Furthermore, there is a synthetic, animal-derived insulin that is used to treat diabetes. If your body isn’t making enough insulin or using it correctly, you need to address this problem. Otherwise, you’ll experience severe symptoms. Be sure to consult with your doctor and use your insulin and diabetes medications as recommended.