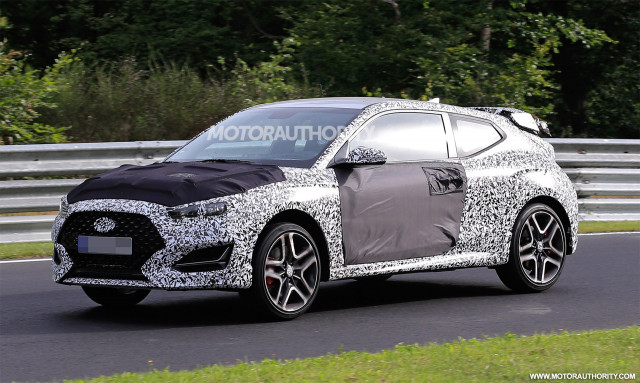 Hyundai will reveal Veloster during the North American International Auto Show, also known as the Detroit Auto Show. Images with the cabin have been revealed by Hyundai and everyone is excited.

The 2019 Hyundai Veloster will debut soon

The North American International Auto Show 2018 is scheduled to take place during the 18th and the 28th of January. The teaser published by Hyundai features a new-gen Veloster with LED lights, edgier than previous models and it offers a host of the new feature.

The interior of 2019 Veloster

The teaser only leaked the rendering of the cabin and from the images, the changes of being visible. The new dashboard and the dual-tone treatment are unbelievable. The driver-side and the upper half of the cabin will come in red, while the rest of the sections will come in grey. The dashboard also features air-con vents and the inside will present sporty elements: racing-style steering wheel, a new centre console, race-style seats and more.

The teaser images released by the South Korean company also features the exterior front of the vehicle. The frontal part comes with a hexagonal grille and slim headlights. The vehicle looks sleek thanks to the positioning of the hood. The rear part has sharp edges and large tail lights.