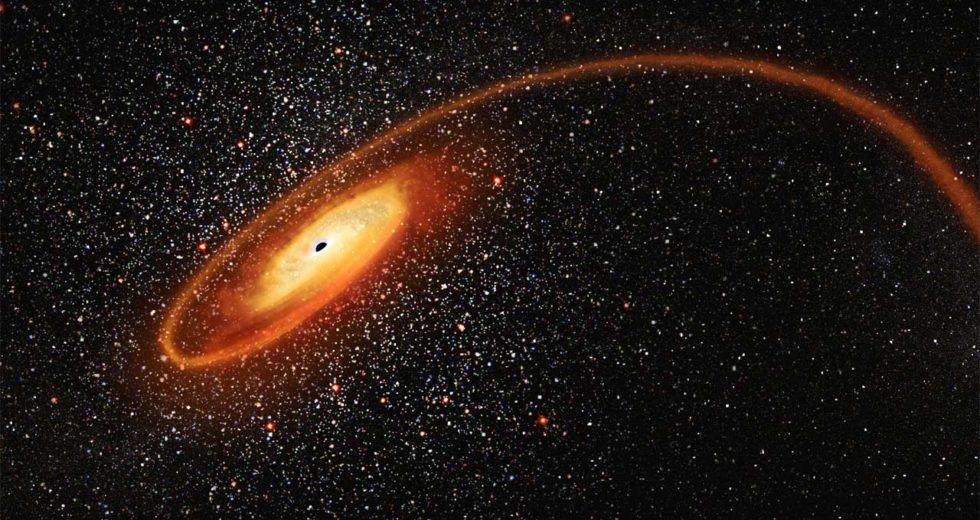 The well-known Hubble Space Telescope has reported what seems to be an intermediate-mass black hole (IMBH), which is about 50,000 times more massive than our Sun, in the process of swallowing a passing star.

If the results turn out to be what scientists believed, many theories about the evolution of black holes might be proven.

Stellar-mass black holes and supermassive black holes have been previously observed, and scientists have an advanced understanding of the way they behave.

The Milky Way itself contains a relatively dormant supermassive black hole at its center.

However, intermediate-mass black holes are far more mysterious. The way they form and many more questions are still puzzling astrophysicists to this date.

Hubble observed the IMBH (referred to as 3XMMJ215022.4-055108) nearby the star cluster it usually ventures around.

Dacheng Lin, an astrophysicist of the University of New Hampshire in Durham and his research partners, have recently made public their study about HubblHubble’ sovery in The Astrophysical Journal Letters.

The authors wrote that “best” explained as the tidal disruption of a star by an intermediate-mass black hole in a massive star cluster at the outskirts of a large barred, lenticular galaxy.”

A “cording to NASA, the way the black hole covers the x-ray glow from the star helped astronomers approximate its mass of 50,000 solar masses.

It tore apart a wayward star that orbited too close to it, NASA says.

The Location Of The Black Hole

The astrophysicists discovered that the source of the cosmical event and optical emission is outside our galaxy.

NASA pinpointed it within a distant, dense start cluster at the border of another galaxy.