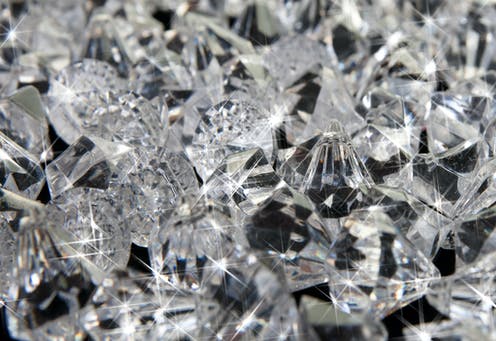 It seems that the atmosphere of Earth had it going good about 2.7 billion years ago, with an “explosion” in the diversity of life. The atmospheric composition of gases such as nitrogen, hydrogen, and neon reflect the ones that are found in the mantle of the Earth. This happens due to the fact that volatiles in the atmosphere gets mixed inside the planet, and they reach the surface of Earth-like a volcanic eruption.

These diamonds act like time capsules, and they can keep up with the volatile composition of the mantle and of the atmosphere, and when they formed. By using this, researchers at the University of Lorraine, in France, proved that the atmosphere from the Neoarchean period has a similar volatile composition as the one from today. This means that the Earth’s atmosphere also has plenty of volatiles, such as carbon and nitrogen, which, as we all know, are necessary to support life.

In our Solar System, there are two planets that are this volatile – Earth and Venus. Mars and the Moon have lost their volatiles long ago. When scientists look for exoplanets, they take a look at volatiles, in order to see if the new worlds are able to support life.

Michael Broadly, a geochemist at the University of Lorraine, stated that ‘Studying the composition of the Earth’s modern mantle is relatively simple. On average the mantle layer begins around 30 kilometres [18.6 miles] below the Earth’s surface, and so we can collect samples thrown up by volcanoes and study the fluids and gases trapped inside.’ The problem here is, actually, that the crust of the Earth is constantly stirring through the plate tectonics, which means that the older samples are destroyed. But the diamonds are indestructible, and they are the perfect time capsules.