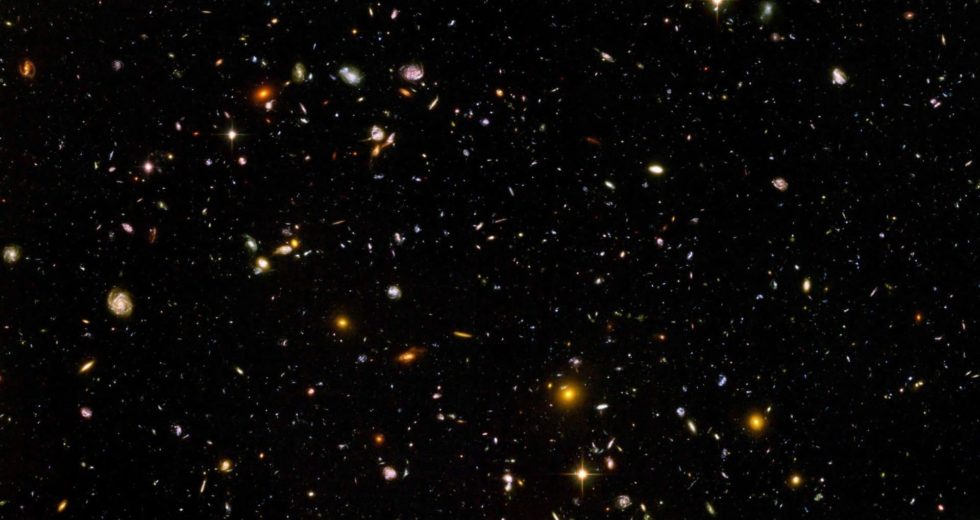 NASA plans to return humans to the Moon by 2024 during the Artemis program, but our natural satellite might be an even greater ally for science than we thought. The last astronomers who landed on the Moon were Commander Eugene Cernan, Command Module Pilot Ronald Evans, and Lunar Module Pilot Harrison Schmitt. They were members of the Apollo 17 mission that was deployed in 1972.

A team of astronomers at the University of Texas at Austin have revived an old concept for a liquid-mirror telescope built on the Moon’s surface. The goal is a very ambitious one: to locate the oldest stars from the Universe, which also means the farthest ones. NASA revealed with the help of its Wilkinson Microwave Anisotropy Probe (WMAP) that the first stars formed when our Cosmos was “only” about 200 million years old.

The current telescopes are not powerful enough

The good old Hubble Space Telescope operated by NASA and ESA was deployed three decades ago into space, and it revealed precious data that provided a deeper insight for the Universe’s age. Hubble also discovered two moons of Pluto, it helped determine the rate of expansion of the Universe, and more. The upcoming James Webb Space Telescope plans to become a worthy placeholder for Hubble starting from late 2021, which means that humanity should be able to soon take a closer look at the first stars from the Universe.

“This moment of first light lies beyond the capabilities of current or near-future telescopes. It is therefore important to think about the ‘ultimate’ telescope, one that is capable of directly observing those elusive first stars at the edge of time,”

Another official statement describes what is so special about the hypothetical telescope built on the Moon:

“The telescope’s mirror would be a spinning vat of liquid, topped by a metallic — and thus reflective — liquid,”

The researchers are hoping to build a mirror of 330 feet in diameter into one of the Moon’s craters and at one of our natural satellite’s poles. Solar power will be powering the structure.

The Ultimately Large Telescope is the star of the show

The Ultimately Large Telescope would be the fancy moniker of the hypothetical telescope built on the Moon, and only time will tell for sure if the idea will become a reality. Analyzing the first stars that illuminated the Universe is practically mandatory, as they could provide further explanation for the emergence of life itself. Many scientists believe that heavy chemical elements from the human body were created within the nuclear furnaces of stars, such as zinc and iron. Of course, nobody can prove irrefutably that the theory is correct, but it’s currently the best scientific explanation humanity has for the creation of some heavy chemical elements. However, if the theory is true, it means that we’re all literally stardust.

Before creation there must be destruction

Stars had to explode in tremendous outbursts of energy known as supernovae to release those heavy elements mentioned earlier, and these phenomenons can sometimes be as spectacular and huge as an entire galaxy. Stars had to die in order to lead to the existence of us humans. The entire Universe seems to be an endless cycle of creation and destruction, where an insanely destructive event can lead to something majestic. Stars are created even due to the aftermath of the intense heat and energy produced by a supernova.

A new paper on the matter of the hypothetical telescope from the Moon will be published in a future issue of The Astrophysical Journal.