Home Science Fossils Reveal T. Rex and Triceratops Fighting Against Each Other for The First Time 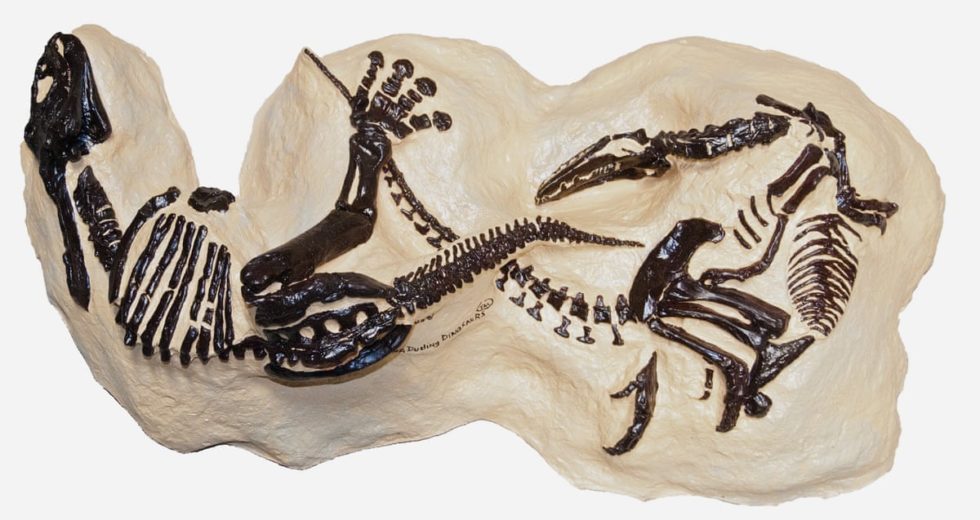 Our planet never was a friendly place. Members of pretty much all species had constantly been fighting for food, authority, or territory. The same pattern was followed by the dinosaurs millions of years ago, and what the North Carolina Museum of Natural Sciences announced recently confirms it.

If you remember Triceratops horridus and Tyrannosaurus Rex from the science class, scientific documentaries, or from any other place, you might know that they weren’t discovered to ever be engaged into a fight against each other. But the wild dream of many of those passionate about the huge beasts finally became a reality.

The skeletons will be exposed in 2022

The North Carolina Museum of Natural Sciences announced that it will be exposing two years from now the skeletons of the two afore-mentioned dinosaurs. Researchers found the remnants of a Triceratops horridus and a Tyrannosaurus Rex as sitting side by side and having battle scars. The two dinosaur fossils were discovered in 2006 as they eroded out of sedimentary rock located at the Hell Creek Formation that stretches over territories of North Dakota, South Dakota, Montana, and Wyoming.

Lindsay Zanno, who is the head of palaeontology at the North Carolina Museum of Natural Sciences, said:

“We have not yet studied this specimen; it is a scientific frontier. The preservation is phenomenal, and we plan to use every technological innovation available to reveal new information on the biology of T. rex and Triceratops. This fossil will forever change our view of the world’s two favorite dinosaurs,”

“The way we have designed the entire experience — inviting the public to follow the scientific discoveries in real time and participate in the research — will set a new standard for museums.”

The future exhibit of the two dinosaur skeletons will enhance even more the museum’s education schedule and research programs.