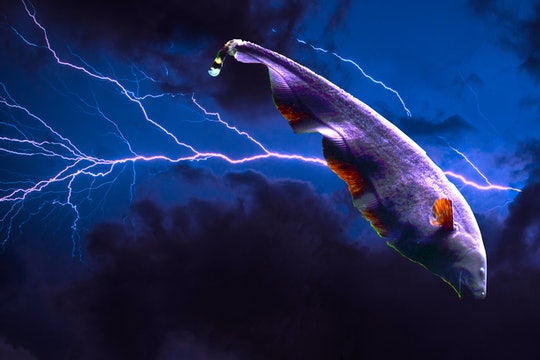 Scientists discovered that frogs and birds take purposeful pauses in their speech, and it appears that the mormyrid fish, also known as the elephantfish, use their silence purposefully too.

These fish communicate underwater via weak electrical pulses, and recent research discovered the information they share with each other is marked by timely pauses.

When paired, mormyrids generate pauses in their electric signals before sending out an electric pulse burst.

When isolated, they do the same thing, but far less often, showing that it is a feature of mormyrid communication.

Such timed silence moments are believed to fish from the near vicinity from becoming so used to a constant flow of electric pulses that they no longer listen to the transmitted messages.

A pause of roughly one second may let a fellow mormyrid know that a message is coming.

“Our finding that burst displays tend to occur immediately after pauses in mormyrids is similar to the finding that human speakers tend to place pauses prior to words with high information content,” wrote the study’s authors.

However, this isn’t the first time when scientists observe mormyrids taking pauses during electric communication.

There are other species of fish known as gymnotiformes that also communicate similarly during courtship.

Therefore, the new study is the first to speculate a cellular model that may justify the pauses.

Intracellular recording helped researchers find that the brains of mormyrids are more easily stimulated after short periods of pause.

By artificially adding pauses into the signal stream of a fish in a pair, the authors managed to observe an increase in the brain activity of the other fish.