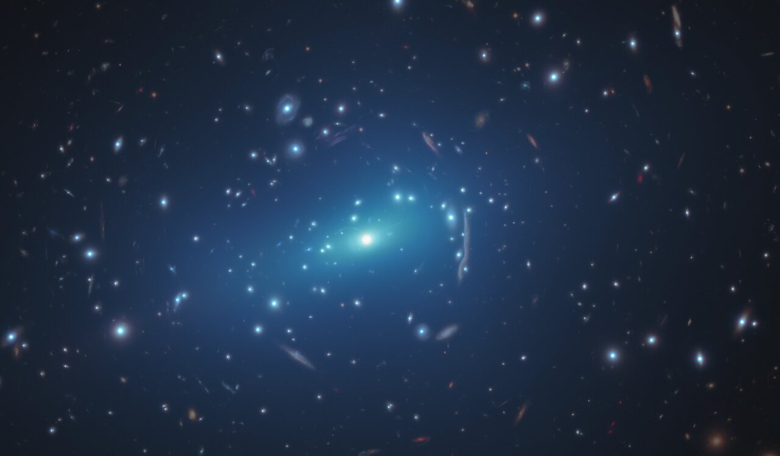 It’s hard to tell that something or someone is missing when you haven’t ever seen that person or object.

The same goes for dark matter – It has never been seen even though more of it is believed to exist in the universe than baryonic matter, or the visible matter.

Estimates say that there is about six times more dark matter than baryonic matter.

Dark matter is believed to form an invisible halo around galaxies.

The fact that a pair of galaxies has a deficit of dark matter puzzled scientists for a while now.

Theoretical physicist Hai-Bo Yu and his research team observed the galaxies in the cause and ran simulations. They managed to discover why those galaxies’ stellar masses lacked so much dark matter.

Yu led a study that was published in Physical Review Letters. He recently stated in an interview:

“Astronomical observations show that DF2 and DF4 are likely satellite galaxies of the massive elliptical galaxy NGC 1052 (above), and we knew that tidal interactions between a satellite galaxy and a massive host galaxy could lead to significant mass loss of the satellite. ”

“So the dark matter deficiency of DF2 and DF4 is likely due to tidal mass loss,” he added.

Space objects can suffer anything from losing matter or getting entirely shredded when interacting with other, bigger objects with stronger gravitational pulls.

The same happens in binary stars – They orbit each other in a spectacular spiral until one gets consumed by the other or both collapse.

His discovery that dark matter distribution heavily depends on the environment will undoubtedly shape future research about the enigmatic subject.