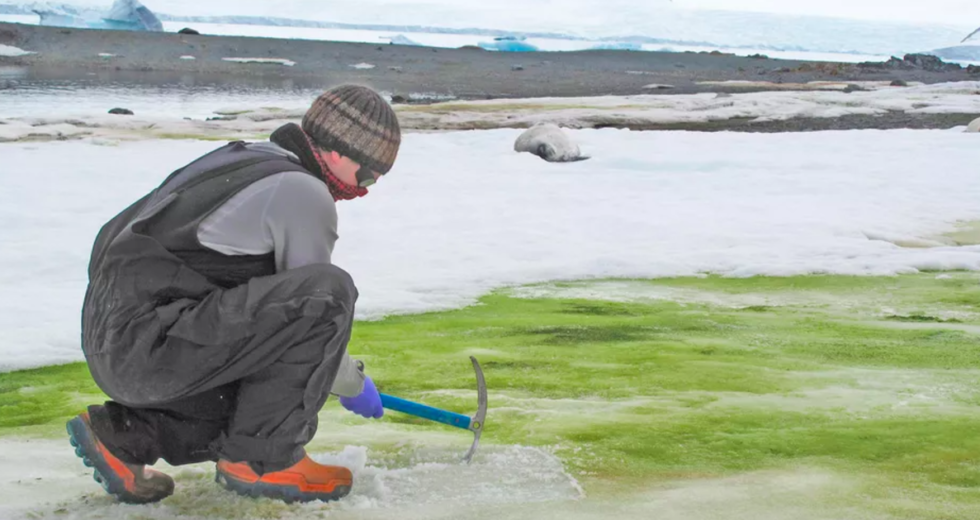 Some of the snow that can be found around coastal Antarctica is green instead of white. Though the phenomenon isn’t precisely a premiere, it has spread across Antarctica due to climate change.

A study that was published Wednesday in the journal, Nature Communications, revealed that the snow’s coloration is the result of microscopic algae blooming around its surface.

Researchers from the University of Cambridge and the British Antarctic Survey have put together the first large-scale map of the green algae and analyzed the spread of green algae to determine its evolution patterns.

Green snow can be observed along the Antarctic coast, especially in warmer areas where the average temperatures are occasionally favorable in the summer.

If the spread of green algae continues progressing, the tainted snow will soon be visible from space.

Imagery for the study was taken by the European Space Agency’s Sentinel 2 satellite between 2017 and 2019, and it was backed up by intense field research.

The researchers managed to identify a total of over 1,600 separate algal blooms on the snowy surface.

Marine mammals and birds influence the evolution of the green snow algae areas because their excrement acts as a fertilizer.

More than 60% of blooms are located near penguin colonies, and others were found near birds’ nests.

“This is a significant advance in our understanding of land-based life on Antarctica, and how it might change in the coming years as the climate warms.”

The algae population might be at risk because of climate change since their source of energy comes from bird populations, which are sensitive to heat.

It all revolves around the availability of freshwater. If there is any, birds have no problem carrying on existing.