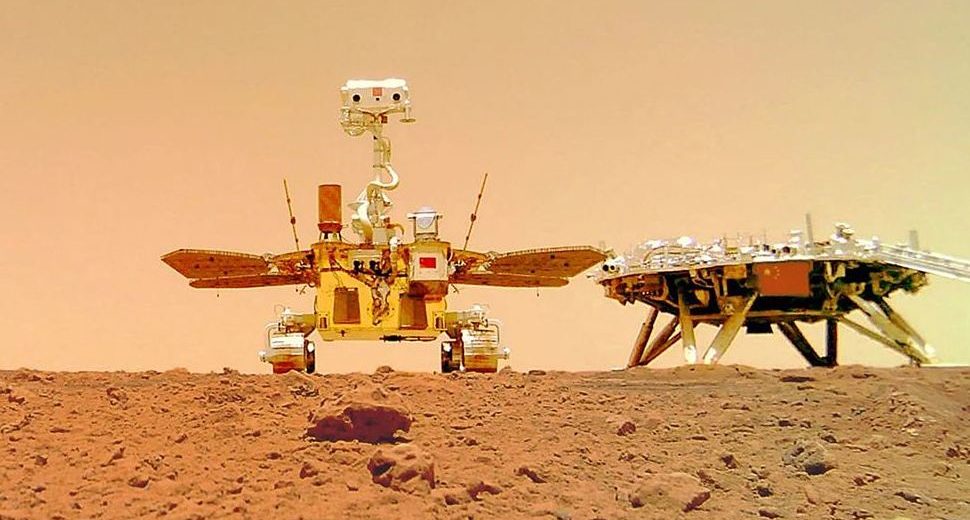 NASA’s HiRISE camera captured the recent shot of China’s Zhurong rover, and it looks incredible! The rover appears to pierce the Martian atmosphere bravely in one of China’s most challenging missions ever designed.

The snapshot was initially captured on June 6 by NASA’s Mars Reconnaissance Orbiter (MRO) via its HiRISE camera.

NASA’s MRO carries the HiRISE camera, one of the most advanced instruments we’ve ever seen.

According to the space agency, HiRISE is so powerful that it can resolve various features as small as a coffee table on the red dirt far below. And that’s not all.

Below, you can see the incredible photo of China’s rover Zhurong:

The HiRISE team released another picture on June 23, which shows Zhurong getting farther away from the mission’s landing site.

Nasa’s MRO has been orbiting our planetary neighbor for quite some time, beginning its mission back in 2006!

Some of the tasks MRO has to do include:

China’s rover, Zhurong, is part of Tianwen-1, the first Chinese Mars mission. The spacecraft arrived in orbit around our planetary neighbor back in February.

Zhurong departed from the primary mission on May 14 and reached the Martian grounds on the massive plain Utopia Planitia shortly after.

The story goes on with the rover’s successful first interactions with Mars and more yet to come.