Home Science Chicxulub Collision: the Ending of Existing Life or the Beginning of a New Era? 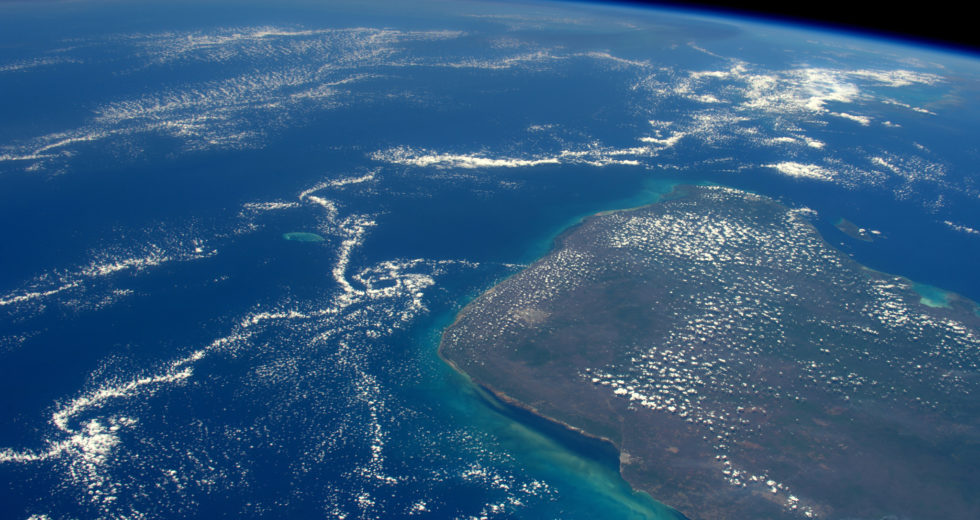 Sixty-six million years have passed by since asteroid Yucatan has collided on the surface of our planet, causing not only a massive extinction but also superheated water that has circulated for approximately a million years.

Located in the Mexican Yucatan peninsula, the massive crater, commonly referred to as Chicxulub, is the fingerprint of a massive event, which caused the disappearance of more than 75% of the world’s species at that moment, including the nonbird dinosaurs.

A team of researchers conducted a study back in 2016 when they discovered that the superheats water has circulated in this region within the crust. Even though this phenomenon occurs only in the tectonically active regions of our planet, it is known that the Yucatan peninsula is tectonically quiescent.

Therefore, the researchers have started drilling into the surface of the peninsula, reaching a depth of 1,335 meters below the ring of the crater. After that, they started carefully analyzing the minerals that they managed to find in the core of the crater. The intense heat caused by the circulating seawater was responsible for causing a series of chemical reactions, which transformed some minerals into others. That was the moment when the team managed to assess the level of heat in the fluids, concluding that they could reach approximately 300 degrees Celsius, and their cooling temperature was at 90 degrees Celsius.

The leading researcher of the study, David Kring, has declared that even the most inhabitable environments have the potential to develop a perfect habitat for fostering life. Since the rocks present a porous and permeable structure, the interconnected nooks might be the perfect shelter for microbes, bearing a resemblance to the ones in Yellowstone’s boiling pools.

Consequently, this impressive study makes room for future research, aiming to demonstrate whether microbial life was present or not in the region.