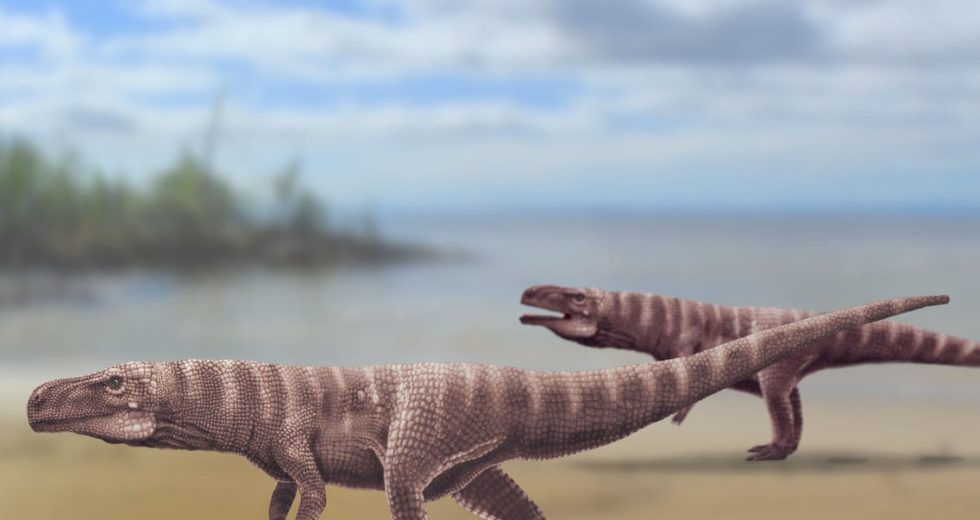 A South Korean rock formation was discovered to have preserved some fossil tracks. These are the first footprint evidence that ancient ancestors of modern crocodiles actually walked on two legs. Both the spacing, and the size of the 106-million-year-old tracks indicate that the crocodylomorph, as it is known, reached up to 2 or even 3 meters. The crocodylomorph was a ferocious predator highly similar in size to its modern descendants. Scientists published this information in the academic journal Scientific Reports, on June 11.

The fossil tracks were discovered in the Jinju Formation, which is known for being rich in fossils. The Jinju Formation is home to the remains of a large variety of animals, such as dinosaurs. From footprints alone, identifying a species is highly difficult, according to Martin Lockley, a paleontologist affiliated with the University of Colorado, Denver. He explained that, unless you find the animal dead in its own tracks, discovering tracks brings about a certain sense of uncertainty. The preserved prints, however, make it possible for them to attribute the fossil tracks uncovered to Batrachopus, which is a genus of fossil tracks known to be left by animals in the crocodylomorphs family.

The feature which is probably the most surprising of these tracks is the fact that manus, reffering to hands, are completely absent. This indicates that the creature walked only on its hind legs. Lockley said that the team is quite sure that the fossil tracks belonged to a biped, because they have not seen a single sign of the front footprint, despite identifying dozens of tracks.

A bipedal crocodylomorph could have also been responsible for a most enigmatic set of tracks that was identified in the area, in a Haman Foundation soil. The age of these fossils was similar to the first. This means that, 231 million years ago, Carnufex Carolinses, could have walked through North Carolina on just two legs.