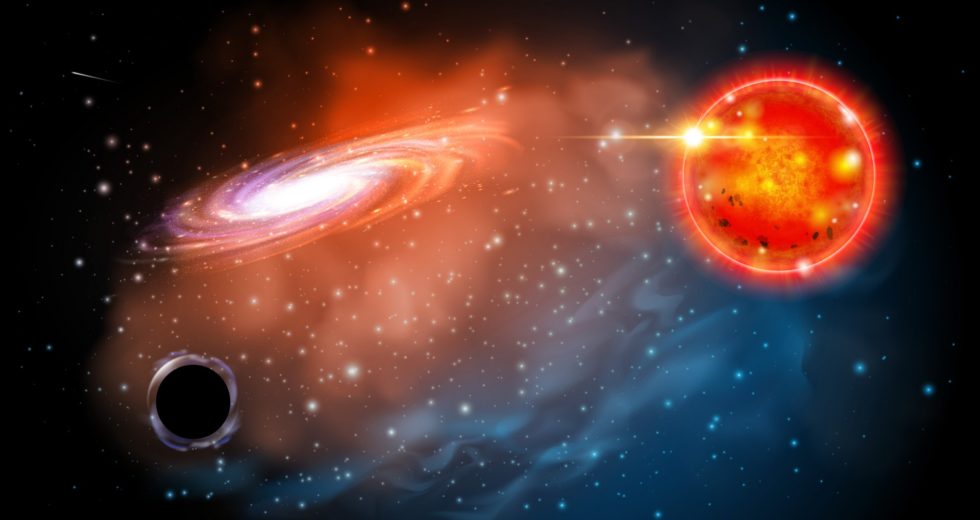 Black holes are some of the most elusive objects in the universe. Albert Einstein anticipated their existence more than one century ago, but the first picture of a black hole was recorded in April 2019 by the Event Horizon Telescope.

Their very nature makes them hard to track down since they consume even light. Astronomers have to rely on other clues, including the emission of different forms of radiation, to fund them. In some cases researchers had to resort to advanced simulations run by supercomputers in an attempt to get answer to some questions posed by black holes.

A new detection method created by researchers from The Ohio State University infers that a new type of black hole could be encountered in space. Using the new method, the researchers observed a black hole which orbits a giant star named 2MASS J05215658+4359220, by harnessing the power of telescopes located on Earth and data provided by the Gaia satellite. The data collected by the team suggests that the star is orbited by an invisible companion.

It seems that a new population of dark holes could be present in space, one which wasn’t visible in the past. In most cases, a binary system, in the vein of the one observed by the researchers,  can be observed easily since the material absorbed by the dark hole from the star releases a large amount of radiation.

Astronomers can spot binary systems like these from Earth. However, if the black hole is too small it will not interact with the star visibly and it remains undiscovered. It is estimated that the new black hole is up to 3.3 times bigger than the sun, a trait which makes it the smallest black hole that has been discovered.

Some researchers argue that the elusive object could be a massive neutron star, which can morph into a black hole in time. Further research is already underway, and a paper was published in a scientific journal.