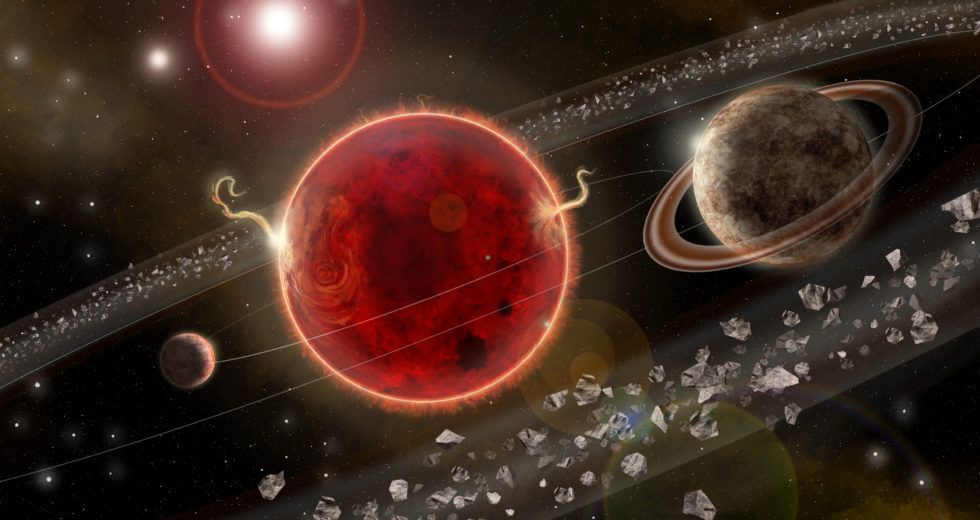 Proxima Centauri is the tiniest part of the Alpha Centaury. It is an M5.5-type star that can be found at approximately 4.244 light-years away inside the southern constellation of Centaurus.

The star’s measured radius is only 14% that of Earth’s Sun. It is believed to have a mass of only 12% solar and an effective temperature of about 3,050K (which equals 5,031 degrees Fahrenheit and 2,777 degrees Celsius).

Proxima Centauri is only 1/1000 as luminous as our Sun. Therefore, even when it is at its closest distance, it is invisible to the naked eye.

Meredith MacGregor, an astrophysicist, working in the Department of Astrophysical and Planetary Sciences at the University of Colorado, Boulder, explained that Proxima Centauri is a “red dwarf, the name for a class of stars that are unusually petite and dim” in an interview with Sci-news.

Dr MacGregore and her colleagues analyzed Proxima Centauri with the ground and space-based high-performance telescopes.

They noticed an extreme flaring event on May 1, 2019. It lasted only seven seconds, but it was the brightest ever detected in the millimetre and far-ultraviolet wavelengths.

Dr MacGregor said that the star went from its regular brightness to 14,000 times its brightness in the ultraviolet spectrum.

“In the past, we didn’t know that stars could flare in the millimetre range, so this is the first time we have gone looking for millimetre flares. Those millimetre signals could help researchers gather more information about how stars generate flares,” she added.

The flare was quite a record-breaking one as it was roughly a hundred times more potent than any comparable flare ever emitted by Earth’s Sun.

Dr MacGregore also mentioned how Proxima Centauri’s planets are getting hit by such an outburst at least once every day, which is indeed frightening.