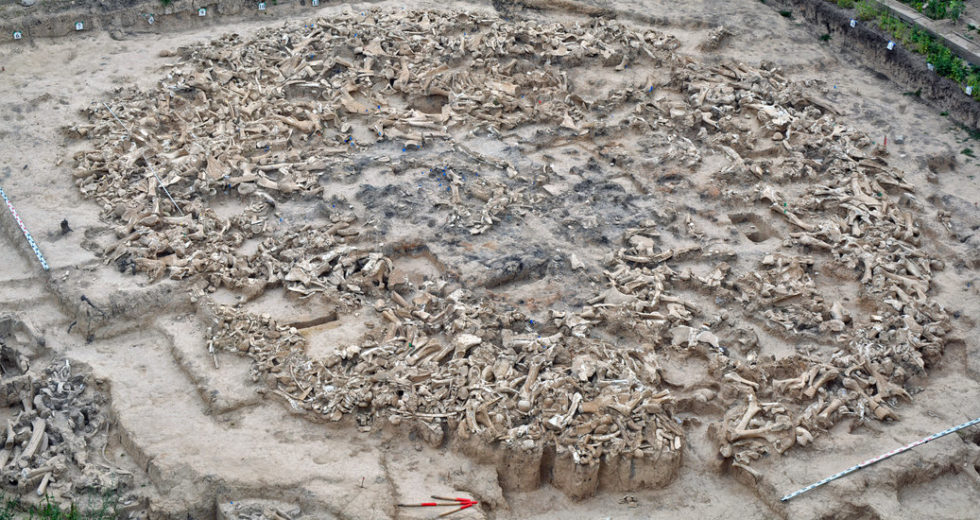 New archeological discoveries are always welcome and destined to open new portals in science. After the discovery of circles of bones belonging to mammoths and dating back 20,000 years, scientists are excited but also have some questions that need answers.

There are about 70 newfound circles of mammoth bones in Europe. One of the sites in Russia is more than 20,000-years-old, according to new analysis by archaeologists at the University of Exeter. Very ancient humans were building shelters for themselves with these mammoth bones.

Dr Alexander Pryor from University of Exeter tells us more about the ancient groups of humans gathering in this kind of shelters made of bones:

“Archaeology is showing us more about how our ancestors survived in this desperately cold and hostile environment at the climax of the last ice age.

“Most other places at similar latitudes in Europe had been abandoned by this time, but these groups had managed to adapt to find food, shelter and water”

The mammoths lived from the Pliocene epoch (aprox. 5 million years ago) into the Holocene at about 4,000 years ago. Various species of mammoths existed in Africa, Europe, Asia, and North America. A mammoth is any of the species of the extinct genus Mammuthus, which is among the many genera that make up the order of proboscideans.

The last ice age happened about 115,000 years ago, and it lasted until 11,700 years ago. According to Wikipedia, from the human archaeology point of view, the last glacial period can be positioned in the Paleolithic and early Mesolithic periods. At the beginning of the ice age, Homo sapiens were confined to lower latitudes and used tools resembling those used by Neanderthals, Denisovans and Homo erectus.

Finding out ancient human shelters is always a good feeling. It proves that humans always had the need to isolate themselves in structures that offer some level of protection.