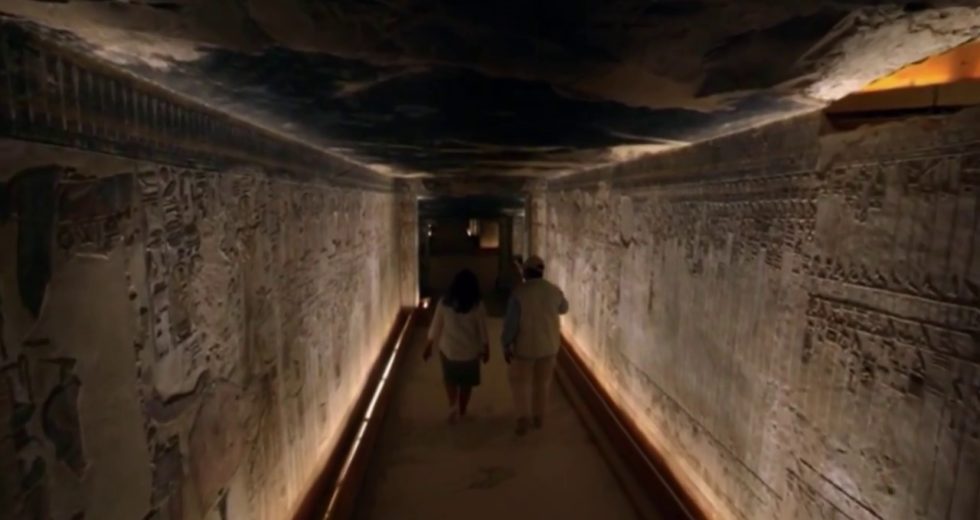 Bettany Hughes, archaeologist, and historian, explored an ancient tunnel located under the Greek island of Samos.

Her exploration revealed a shocking demonstration of the work of the famous mathematician Pythagoras.

Bettany Hughes was exploring the island of Samos, where Pythagoras was born, to present how the teachings of the famous mathematician affected the surroundings.

She visited the Tunnel of Eupalinos, one of the only two known aqueducts of the world that were excavated from both sides, proving how Pythagoras’ genius provided a crucial water supply over 2,500 years ago after a series of intense calculations.

During the series, she spoke of how Pythagoras resided there in the sixth century before Christ when Greek civilization advanced significantly, and how he managed to engineer his surroundings in a way that is still visible today.

Purpose Of The Creation

According to her, Pythagoras’ creation is an underground aqueduct “built to supply the city-state of Samos with fresh water all year round so that the city could survive a siege, a fate suffered by Troy during the Trojan War.”

Work on the aqueduct began in the mid-sixth century BC, as two teams began digging from either side at the same time. The result was a kilometer-long, functional tunnel through solid rock.

The most impressive detail about the aqueduct is how it’s a triumph of engineering and geometry alike. Pythagoras’ calculations were so precise that the two teams met right in the middle.

Such precision is almost impossible to achieve without modern-day technology.