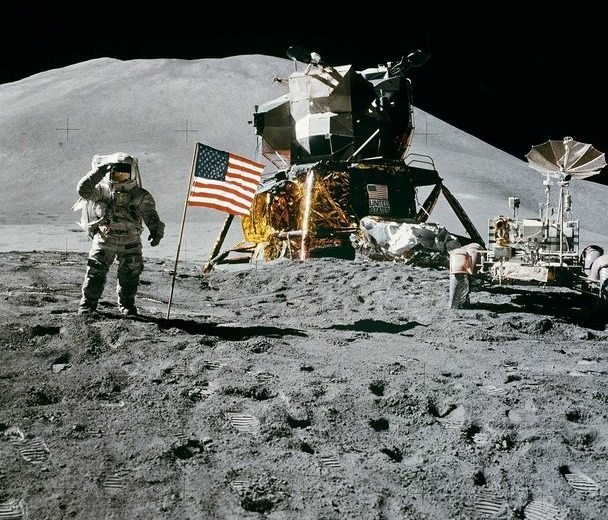 Back in 1969, NASA and the USA made history with the Apollo 11 mission. Astronauts Neil Armstrong and Buzz Aldrin reached the moon’s surface, and after more than 21 hours, they returned back to Earth. But, the moon wasn’t ready to let them go so easily.

A ‘Souvenir’ For the Moon

NASA engineers assumed that Apollo 11’s lunar ascent would crash back to the moon’s ground. And they long believed that until recent evidence showed them otherwise.

James Meador, an independent researcher at the California Institute of Technology, is the one who found proof that Apollo 11’s ascent stage may still be orbiting our planetary neighbor. He has even released a paper explaining how he did it.

Meador started the Apollo 11 ‘case’ by considering where the ascent stage could be. He thought it would be right on the moon’s surface!

In his paper, Meador stated that NASA had launched spacecraft into orbit around the moon back in 2012 to examine the moon’s gravitational field. The mission was part of the ambitious GRAIL project.

Starting with that, Meador thought he should be able to track the Apollo 11 ascent stage via a device developed by NASA, dubbed the General Mission Analysis Tool. The device is quite intriguing because it can efficiently map spacecraft trajectories around moons or planets when we don’t know their gravitational field.

Furthermore, Meador introduced data from GRAIL and ran a simulation applying various parameters to model some conditions that could’ve been there from the moment when the lunar ascent was launched up to the present.

The final results showed that the Apollo 11 ascent stage is currently maintaining a constant orbit around the moon. Now, NASA could further investigate the case using more advanced tech.