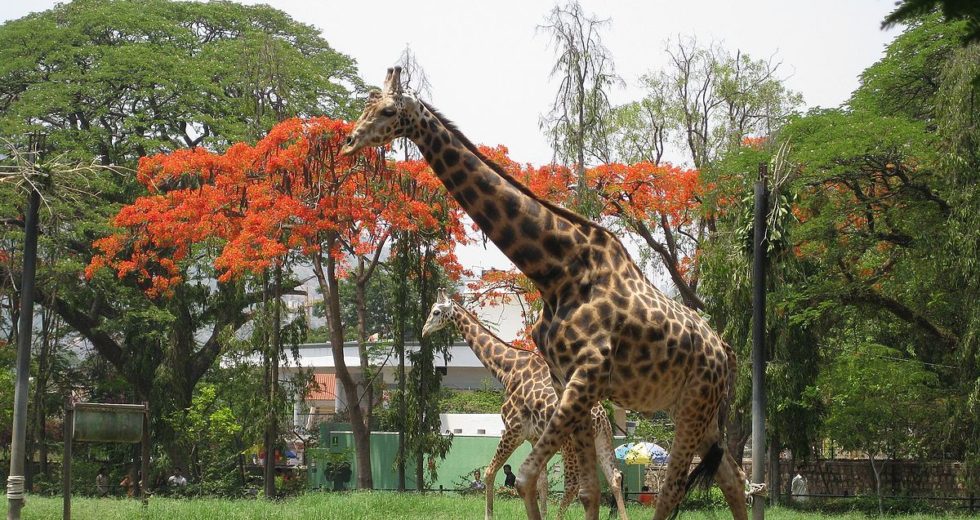 Krishnaraja was an icon for the Mysuru Zoo. The 21-years-old giraffe was the oldest one at the zoo and it represented an attraction for numerous visitors. Krishnaraja was born on June 10, 1996 and he was the fourth calf born that day. His parents were Honey and Henry, two giraffes that had been brought there from Germany Zoo, back on March 7 1998.

Krishnaraja was lucky to survive, since Honey gave birth to nine calves, and the calves born before Krishnaraja died since the mother did not take care of them. Krishnaraja aslo became a father, and he had eight calves.

Krishanaraja had two calves with Lakshmi, which is pregnant and supposed to deliver, and four with Kushi, which is also pregnant. Both should give birth in a few days. Another two calves were born to Honey and they were weaklings and did not manage to survive.

Krishanaraja died of old age. “The average life span of a giraffe in India is 22-23 years while those in Africa and Zimbabwe can live for nearly 25 years. Parents of Krishnaraja also died when they were aged around 21-22 years. There were eight Giraffe in Mysuru zoo, Krishnaraja was the oldest one followed by his younger brother Yuvaraja which is 17-year-old. Among seven giraffe at present, two are male and the rest five are females,” declared Ravi Shankar, Executive Director, Sri Chamarajendra Zoological Gardens, Mysuru.

Mysuru Zoo was planning to send giraffes to Bannerghatta Biological Park and Nandankanan Zoological Gardens, Buhbaneswar, Odisha. In return, The Mysuru Zoo was supposed to receive a female chimpanzee. This would be vital for the zoo, since the female chimps there are not able to breed, which is a real problem for the captive breeding programme.

Now it is difficult to choose which giraffes will be sent to the Nandankanan Zoo, since Krishnaraja is dead. The Bannerghatta Biological Park should receive a female giraffe, either Bubbly or Mary, since Lakshmi and Kushi are supposed to deliver calves in just a few days.