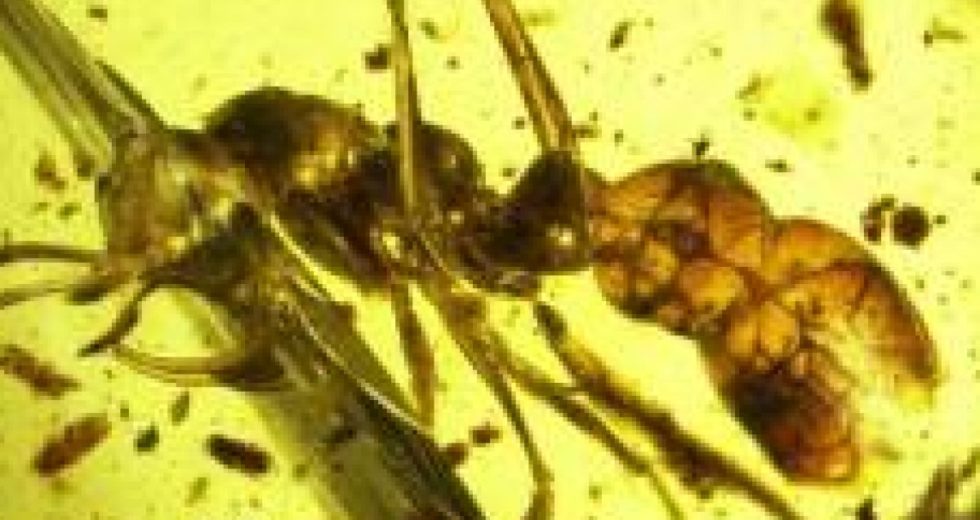 The ancestors of current-day ants packed a deadly weapon instead of “modern” pincers – They had vertical jaws that resemble the Grim Reaper’s scythe, which can pin prey against a horn on the ant’s head which makes holding it securely accessible.

The discovery was posted Thursday in “Current Biology,” a scientific journal.

The amber sample shows the scene of a hell ant (haidomyrmecine) bites into a Caputoraptor elegans, an extinct relative of the current cockroach.

Philip Barden, the lead author of the study and assistant professor at New Jersey, described the event as “exceedingly rare.”

Barden said that for paleontologists, they speculate about the function of ancient traits with available evidence, but getting to see something this close and realistic is amazing.

“This fossilized predation confirms our hypothesis for how the hell ant mouthparts worked … The only way for prey to be captured in such an arrangement is for the ant mouthparts to move up and downward in a direction unlike that of all living ants and nearly all insects,” he added.

The first hell ant was discovered approximately 100 years ago, and Barden said that since then, it was still a big mystery why the hell ants are so different from current-day species.

He said that the fossil shows the mechanism behind what scientists call an “evolutionary experiment.”

“Although we see numerous such experiments in the fossil record, we often don’t have a clear picture of the evolutionary pathway that led to them,” he added.

Here is an image of the scene: