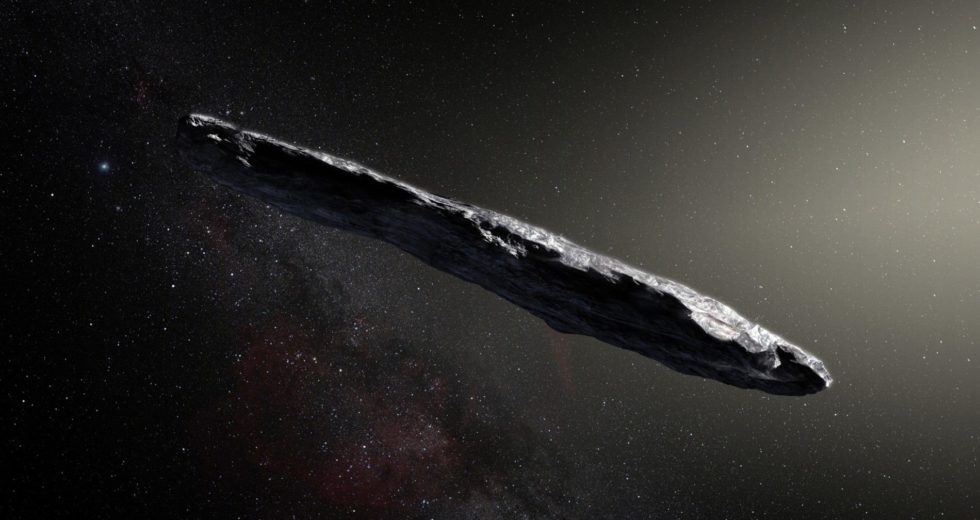 A mysterious visitor came through the solar system back in 2017, one that was born far away.  Its name was ‘Oumuamua, which translates to “a messenger from afar arriving first.” It gave us a lot of aspects to think about.

It was first seen by the Pan-STARRS project, and its speed could not be explained by gravity alone. It appeared to be a cigar-shaped object, which is something we do not encounter that often in our solar system.

Computer simulations show that its origin might be the following: a world that was torn apart by its home star, thing that left behind thin fragments. Some of them were launched into interstellar space, and billions of years later, it reached our solar system.

With ‘Oumuamua, it is kind of hard to talk about its origin, because there was no solution which can explain the elongated shape.

Greg Laughlin, from Yale University, stated: “With Borisov, we get exactly what we expect an interstellar visitor would act like and do. Everything about it is completely ordinary, And that’s a startling contrast with ‘Oumuamua, where literally nothing about ‘Oumuamua was ordinary.”

‘Oumuamua is full of rocks, and it is dry, it’s more like an asteroid. You could not see its surface directly since it was too tiny and too dim, so they found out more about its shape based on how it reflected light as it tumbled. And its form has a lot of people talking about its origins, especially since there’s water vapor erupting from beneath its surface.