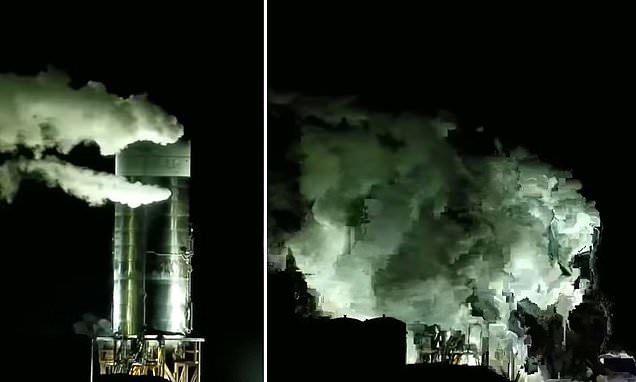 Elon Musk’s SpaceX next-generation rocket Starship SN3, the third prototype, has broken apart while doing a pressure test at their site in Boca Chica, in Texas. Musk tweeted that this is probably only a test configuration mistake and that they will look more into it.

Did it lose its structural integrity?

The video of the incident shows that the top part of the prototype vehicle loses its structural integrity, which causes it to come tumbling down. Liquid nitrogen was seen pouring into the rocket’s propellant tanks. This is actually the third failed test of a Starship prototype ever since its beginning.

Elon Musk tweeted that “We are now building flight design of Starship SN1, but each SN will have at least minor improvements, at least through SN20 or so of Starship V1.0.”

Back in January, SpaceX has managed to successfully launch an emergency abort system test in two locations: into the Atlantic Ocean, and above Cape Canaveral.

NASA was the one to select SpaceX in order to provide the launch services for the agency’s Psyche mission, which is bound to go into a journey to a unique asteroid, that is full of metal, which is also named Psyche. The asteroid orbits the Sun between Jupiter and Mars.

This mission, the Psyche one, has its launch set in July 2022, on a Falcon Heavy rocket from the Launch Complex 39A, from the Cape Canaveral Air Force Station in Florida.