Home Science A Small Asteroid, Hygeia, has a Surprising Shape 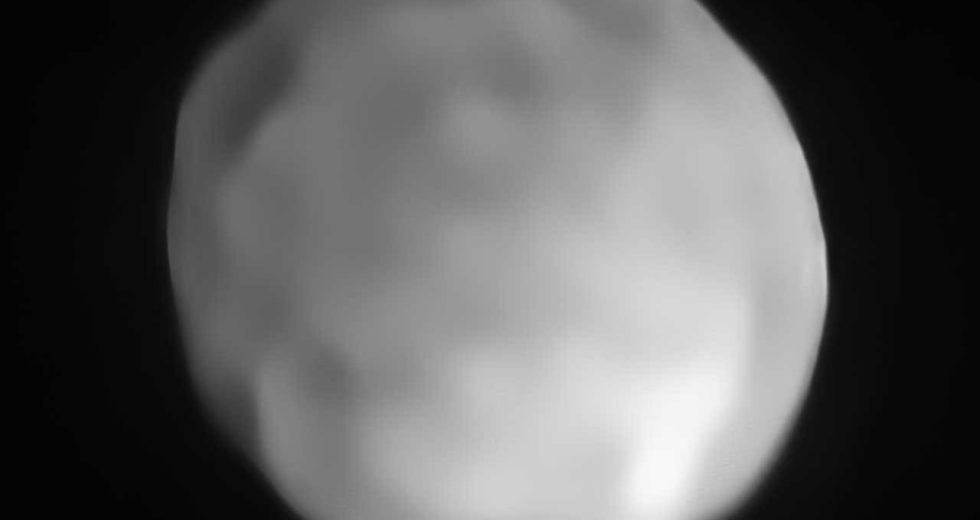 An asteroid that orbits around the sun held a huge surprise of astronomers. Upon closer inspection, they discovered that the object has the shape of a rough sphere, a trait that may allow them classify it as the smallest dwarf planet within the boundaries of our solar system.

The asteroid is known under the name of Hygeia and is the fourth-largest object that orbits in the asteroid belt situated between Mars and Jupiter. Dwarf planet Ceres and asteroids Vesta and Pallas are the other ones. Hygeia is considerably smaller than Vesta and Pallas, prompting researchers to believe that it has an irregular shape instead of a spherical one as they tend to form under the force of the gravity generated by the object itself.

It is now known that the weak gravitational force exerted by the object determines the shape. According to the controversial definition adopted by the International Astronomers Union in 2006 Hygeia could be classified as a dwarf planet. On the base of the definition Pluto was also demoted to the same status, losing its rank of the ninth planet in the solar system.

The definition that an object can be classified as a planet if it orbits the sun but is not the moon of another planet, it has enough mass to generate a gravitational force and the shape of a sphere, and there aren’t other smaller object on its orbital trajectory. Since Pluto shares a part of the orbit with other objects the IAU decided to downgrade it to a dwarf planet.

Hygeia was observed for the first time in 1849 with the help of a telescope. It is thought that the current form was achieved between 2 to 3 billion years ago when it clashed with another asteroid. The collision led to the appearance of almost 7,000 asteroids, one of the largest asteroid families in the solar system.