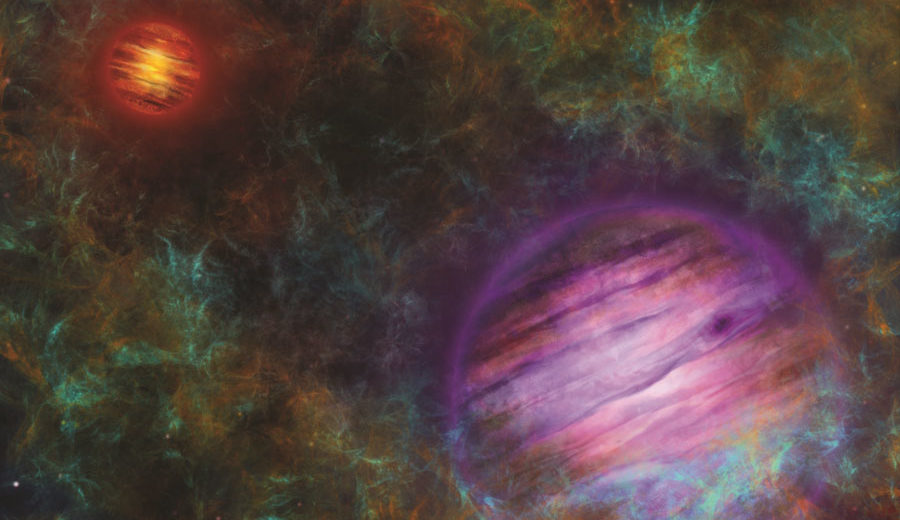 A duo of new gaseous planets has been discovered orbiting a sun-like star approximately 352 light-years from our planet.

The discovery was made thanks to the efforts of citizen scientists collaborating with astronomers.

The exoplanets are referred to by planet b and planet c.

They orbit HD 152843, a star with a similar mass to that of our sun but roughly 1.5 times bigger and brighter.

The discovery was recently posted in the journal Monthly Notices of the Royal Astronomical Society.

Planet b is comparable in size to Neptune and is roughly 3.4 times larger than our planet.

It does an orbit around its host star every 12 Earth days.

The other planet, planet c, is approximately 5.8 times bigger than Earth, making it somewhat of a sub-Saturn.

For scale, if both b and c were located in our solar system, they would revolve closely around our sun.

The citizen scientists who helped discover the planet participated in Planet Hunters TESS, a NASA-funded project, available on the Zooniverse website, including over 29,000 people across the globe.

It grants citizens the possibility of helping in the search for exoplanets via data from NASA’s Transiting Exoplanet Survey Satellite (TESS, as we know it).

TESS was launched in April 2018, and, until now, the mission team discovered over 100 exoplanets and 2,600 potential candidates that await validation.

If any of the stars manifest a dip in brightness, it may reveal that a planet has moved in front of the star during orbit, a phenomenon called a transit.