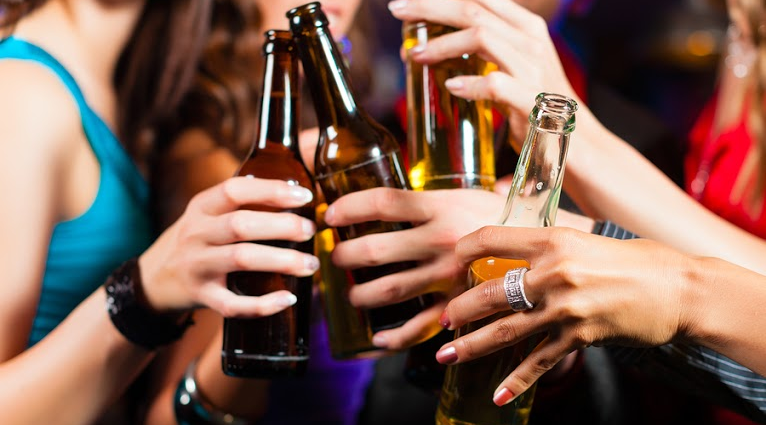 Men who drank more than seven alcoholic beverages per week during their adolescence are at least three times more likely to develop clinically severe prostate cancer, says a new research study conducted by Emma Allott from the Department of Nutrition at the University of North Carolina.

“The prostate is an organ that grows rapidly during puberty, making it potentially more susceptible to carcinogenic exposure during the teenage years. For this reason, we wanted to investigate whether heavy drinking in the early years of life was associated with the aggressiveness of prostate cancer later,” explained Emma Allott.

Previous work in this field has frequently centered on the impact that alcohol intake has on the general risk of prostate cancer, Allot notes. Since many prostate cancers are negligible, the researchers examined whether alcohol consumption during adolescence is associated with severe prostate cancer in adulthood.

The scientist and her colleagues reviewed clinical data from 650 men who had undergone a prostate biopsy between January 2007 and January 2018 at the Durham Veterans’ Medical Center. The subjects had no family history of prostate cancer and were aged between 49 and 89. The men answered to questionnaires regarding their alcohol intake during different decades of their lives.

After analyzing the answers, the researchers concluded that occasional alcohol consumption among 15 to 19-year-olds was not generally related to prostate cancer. However, the consumption of more than seven alcoholic beverages per week during adolescence was found to increase risks of severe prostate cancer development in adulthood by three times.

“Our results may explain why the previous evidence linking alcohol intake and prostate cancer has been somewhat contradictory. It is possible that the effect of alcohol may come from lifetime or earlier lifetime intake rather than patterns of alcohol at the time of prostate cancer diagnosis,” Emma Allott concluded.