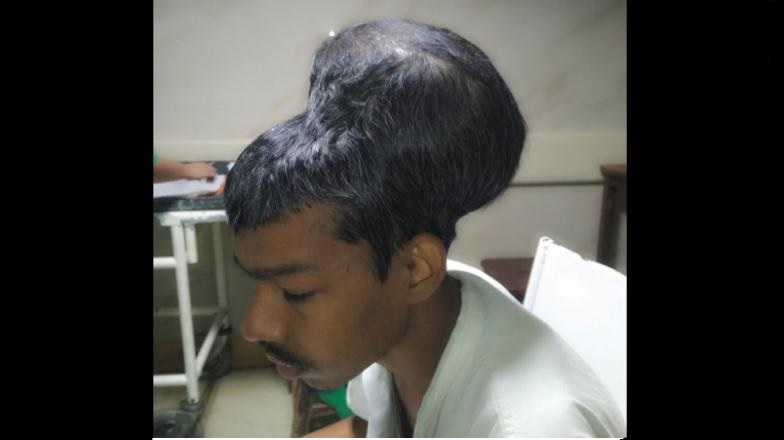 Sntlal Pal is 31-year-old Indian who for the last years suffered from a brain tumor. The tumor was continuously growing and became a burden for Sntlal Pal.

The 7 hours surgery has been a real success

Doctors in India who removed the brain tumor of 2 kilograms from the 31-year-old man say it could be the largest in the world, according to the BBC.

The surgery, which lasted 7 hours, took place on February 14th at the Nair Hospital in western Mumbai. The procedure was not made public until the doctors were unsure that it was a success.

The tumor was sitting above the patient’s head such as a head top and the doctors needed to cut through the bone in order to remove it.

“The patient recovers and is out of danger,” says Dr. Trimurti Nadkarni, Head of the Department of Neurosurgery at the Nair Hospital.

Sntlal Pal, the owner and the manager of a store in Uttar Pradesh, lived with the tumor for three years before undergoing the surgery

Physicians say he lost his sight due to the tumor, but they hope the man will regain it during the recovery after surgery. Sntlal’s wife told Indian journalists that initially doctors at three different hospitals had said the tumor was inoperable.

“Such cases are critical,” says Dr. Nadkarni, adding that the patient remained connected to life-supporting devices for a few days after surgery.

Sntlal Pal’s tumor was not malign, according to the latest information on this case, but was as harmful as a cancerous one since it was exerting a huge pressure on different areas of the patient’s brain. Doctors had to prepare the surgery thoroughly because in such cases any slight mistake can cause brain damage and even the death of the patient.

The announcement that Indian doctors have surgically removed the largest brain tumor in the world could represent one of the biggest Indian medical achievements, so far.