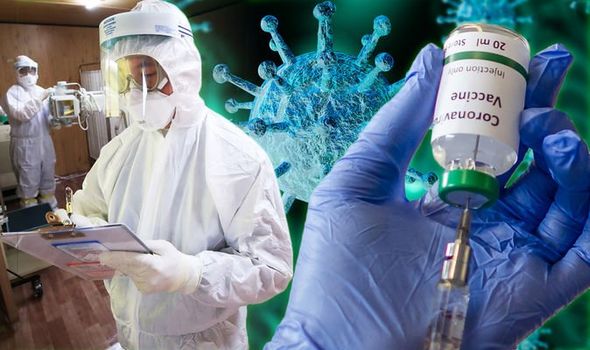 Coronavirus is spreading and infecting more people, and specialists have claimed that it won’t disappear anytime soon as it may take about a year to find a cure for it.

The pathogen has infected more than 8,000 people all over the planet and claimed the lives of more than 170 of those patients. The outbreak has increased since the middle of January. While numerous people, more so those in China where there have been more than 7,600 cases, are anxiously waiting for a cure, experts have claimed it could take over a year for the remedy to get to the public.

Finding a Cure as Soon as Possible

Vas Narasimhan, CEO of Swiss pharmaceutical company Novartis, stated: “The reality is, it will take over a year in my expectation to really find a new vaccine for this so, we need to really use epidemiological controls to really get this situation in a better place. One of the challenges is when these epidemics happen, or these situations happen, there is a lot of interest, and there is a lot of activity. Still, then we go back to a place where they are not happening anymore, and everyone kind of loses interest and the investment then flows out.”

“So, the question is: How do you keep the investment in place in the troughs of interest in pandemics and these kinds of outbreaks? That’s a challenge. I continue to believe governments need to maintain high levels of preparedness, regardless of whether we have one of these outbreaks or not.”

Representants from the National Institutes of Health (NIH) in the United States said that trials for the vaccine could be rolling in about three months, claiming the fact that specialists have learned from the mistakes of the SARS epidemic back in 2003, in which a cure took 20 months to appear.

The NIH said: “While the trajectory of this outbreak is impossible to predict, an effective response requires prompt action from the standpoint of classic public health strategies to the timely development and implementation of effective countermeasures.”

Even if the trials are going to start in three months, it will take weeks and weeks of testing and analyzing the result before a vaccine is prepared for global consumption. By then, the pathogen could have infected millions of people, as numerous experts are warning that the virus is spreading rapidly.

Researchers estimate the level of contagiousness of a virus by the reproduction number, also known as R0. The R0 is the average number of people one person transfers the virus to on average. As per the estimates made by the World Health Organization (WHO), the Wuhan pathogen has an R0 between 1.4 and 2.5.

Raina MacIntyre, professor of global biosecurity at the Kirby Institute, UNSW Sydney, stated: “Researchers and public health officials determine how contagious a virus is by calculating a reproduction number, or R0. The R0 is the average number of other people that one infected person will infect, in an entirely non-immune population. Different experts have estimated the R0 of the Wuhan coronavirus is anywhere from 1.4 to over five; however, the World Health Organisation believes the R0 is between 1.4 and 2.5.

“Coronaviruses are respiratory viruses so that they can be found in the nose, throat, and lungs. The amount of Wuhan coronavirus appears to be higher in the lungs than in the nose or throat. If the virus in the lungs is expelled, it could possibly be spread via fine, airborne particles, which are inhaled into the lungs of the recipient,” Prof. MacIntyre added