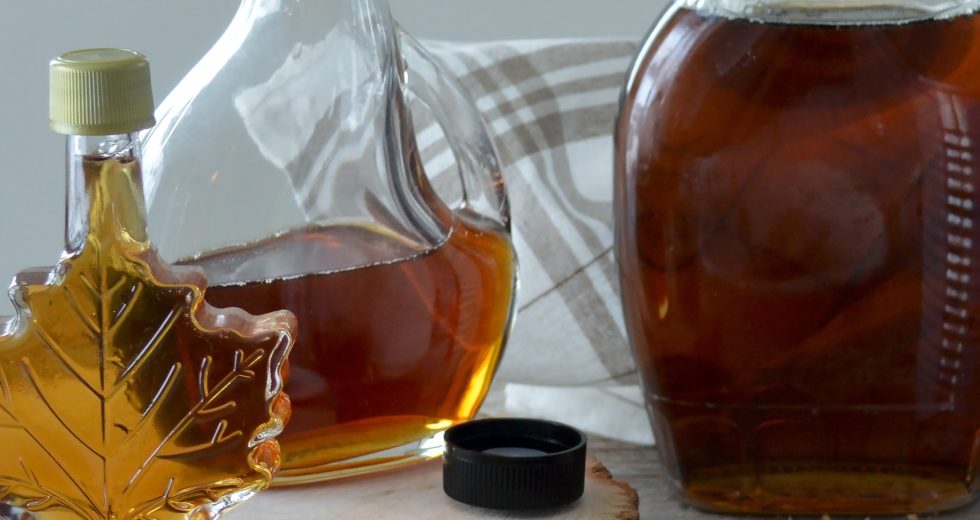 There is no doubt that maple syrup can be used in a lot of different recipes so when you are out of it, you might be struggling to replace it last minute. Well, in reality, there are many sweet options out there that can be used as substitutes and most of them are really accessible as well!
After all, most people don’t just have maple syrup laying around the house or they do but they fail to check if there is still some left before starting a recipe that requires it.
But instead of giving up on baking when you happen to be out of maple syrup, you can simply replace it with something similar such as honey or molasses!
Obviously, these are not even close to being the only suitable substitutes and this guide will help you realize that they all taste great with things like waffles, French toast and of course, pancakes!
They all deliver on that same sticky goodness so you never have to rely on just maple syrup again!
Not to mention that some of them can borrow the maple flavor as well with just a couple of tweaks, if you prefer.

These alternatives are also very accessible, being available at most of your local grocery stores or even more conveniently, they might already be in your pantry, just waiting to be used in some delicious baked goods!
Furthermore, there is also the option of DIY-ing some maple syrup at home instead of always having to buy it at the store. Just read on to find out the simple recipe!
Of course, depending on your personal taste or what you might have in your pantry already, it can be challenging to find the best substitute without a little guidance, which is why this guide includes a clear list with details about each product as well as links to where you can order them if you wish!
They are listed in no particular order and seek to take all the confusion out of the kitchen once and for all!

Maple sugar is a solid, crystallized powder, unlike maple syrup, which is, of course, a thick, sticky liquid.
It is made by boiling the maple tree sap and you can use it to replace maple syrup if you already have it at home.
All you have to go to get that sticky, thick texture is to dissolve the sugar in some warm water and voila! You’ve got some delicious syrup to drizzle over your pancakes in the morning.
Furthermore, you can also add it to any recipe that requires maple syrup, along with the rest of the dry ingredients. This way, you can integrate the maple flavor right into the batter.

Another great DIY substitute is brown sugar! To turn it into a syrup you need to add some water and corn syrup and the result can be used in the same quantities as maple syrup.
And the best part of this is that you most likely have all the ingredients needed to make this already in your pantry!
All you have to do is mix 1/2 cup of water with 3/4 cup of dark brown sugar and boil until thickened.
Just be very careful as melted sugar can cause severe burns. To avoid any unfortunate accidents, leave the mixture to cool before using it.
Finally, you can consume as is or add some vanilla for taste.
Keep in mind that you can always use white sugar to make this as well, if you don’t have any brown sugar lying around, but it will not taste nearly as good.

The most obvious substitute for maple syrups is, of course, honey!
The color and sweetness level are very similar to each other, the only difference being the texture, with honey being thicker than maple syrup.
Either way, honey is a great sweetening agent in desserts such as muffins, cookies, and many other baked goods.
At the same time, it’s great as a topping for pancakes and waffles but since the sweetness and texture of honey and maple syrup are not exactly the same, you can always add some sugar to it to simulate maple syrup as much as possible.
Of course, that’s not exactly healthy or recommended as honey is more than sweet enough but if you really want to replicate maple syrup very closely, that is your best bet!

This is not a surprise at all since many people tend to confuse maple and pancake syrup with each other! After all, they are usually right next to each other on the shelves, they look identical and they also have pretty much the same use!
The connoisseurs know the difference, however! While maple syrup is made from the sap of the maple tree, pancake syrup is merely maple-flavored corn syrup.
But, obviously, the taste and texture are very similar so if you’re looking for a substitute to maple syrup, there is nothing closer than pancake syrup!
Rest assured that you can swap the two in any recipe.
In fact, you might find that you’re a bigger fan of the buttery flavor pancake syrup brings to the table in adding to the maple flavor.

Molasses is made from sugar cane and is the sticky sweet syrup that remains after the boiling of sugarcane juice as part of the process of making sugar.
As for light molasses, it is pale in color and has a sweet flavor, which makes it a really good substitute for maple syrup on things like waffles and pancakes.
Just like with pancake syrup, this is also a perfect 1:1 swap for any other baked goods that require maple syrup.
Just avoid using dark molasses since that has a much stronger flavor and darker color.

Corn Syrup is made when starch chains are broken down into glucose. It is a sweet and thick liquid which makes it more than ideal as a substitute for maple syrup.
On the other hand, keep in mind that the measurements generally differ.
For instance, you can replace each cup of maple syrup mentioned in any recipe with ¼ cup of corn syrup.
Furthermore, since it is so much thicker, it’s possible that your French toast or waffles will not cook right if you use corn syrup.

Agave syrup is something you might have heard about since it’s such a popular replacement for maple syrup.
While it’s not as complex or intense when it comes to its taste, that might actually be a plus if you’re looking to cut on your sugar intake.
As for how this substitute is made, agave syrup is created by extracting the moisture and then fermenting the sugars in blue agave, a plant similar to pineapple.
If you want to replace maple syrup in your recipe, make sure to use ¼ cup of agave nectar for each one cup of maple syrup specified.
And since it does not spike blood sugar as corn syrup or sugar does, you can use it as a substitute for granulated sugar as well and in a lot of different things such as oatmeal, tea, coffee, cereal, and of course, baked goods.

In case store bought maple syrup is not ideal for you, another option is making it at home since it’s such a simple process!
All you need to do is add some maple flavoring to corn syrup or any other simple sweetener.
Then, you can use the resulting product just like you would store-bought maple syrup!
This includes as an ingredient for baked goods but also as a topping for desserts such as pancakes and waffles.

Also known as inverted sugar syrup, golden syrup is made when cane sugar gets heated in a mixture of water and acid until the sucrose molecules are able to break down into fructose and glucose.
Golden syrup has a really delicate, light flavor but while some think it’s really pleasant, others say it’s a little too sweet depending on use.
It is quite thick, which is why it can replace maple syrup in many different recipes as long as you get the measurements right.
However, do not try to use it in waffles or pancakes since it might be too sweet.

This product has some of the same properties as maple syrup but you might not have heard of it since it’s quite new on the market.
While it has a slight coconut flavor, it tastes more like caramel.
The color is similar to maple syrup but the texture is not as thick.
With that being said, while it’s not 100 percent exactly like maple syrup, some actually like it much better because it does not leave behind a strong aftertaste like most maple syrup substitutes do.
It has naturally low glycemic levels and sweetness thanks to the making process that prevents the sugar from becoming fructose.
Furthermore, it features a wide range of different minerals and vitamins, as well as 17 amino acids.
Finally, you can use coconut nectar in the same quantities you would use maple syrup for any recipe.

When it comes to waffles and pancakes, caramel syrup is a really good substitute to maple syrup.
This is because they have similar consistencies and colors.
However, their flavors are slightly different so if you intend to replace maple syrup with caramel syrup, you might want to add a few drops of vanilla extract to make it less sweet.
For each cup of maple syrup mentioned in your recipe, use ¼ cups of caramel syrup.
The brand featured here is sugar free (sweetened with Splenda) and has a rich, buttery taste.
It’s great for making desserts but also for drinks and as a topping.
It also comes in a plastic bottle which means that it is shatterproof, ideal for even the clumsiest of people.