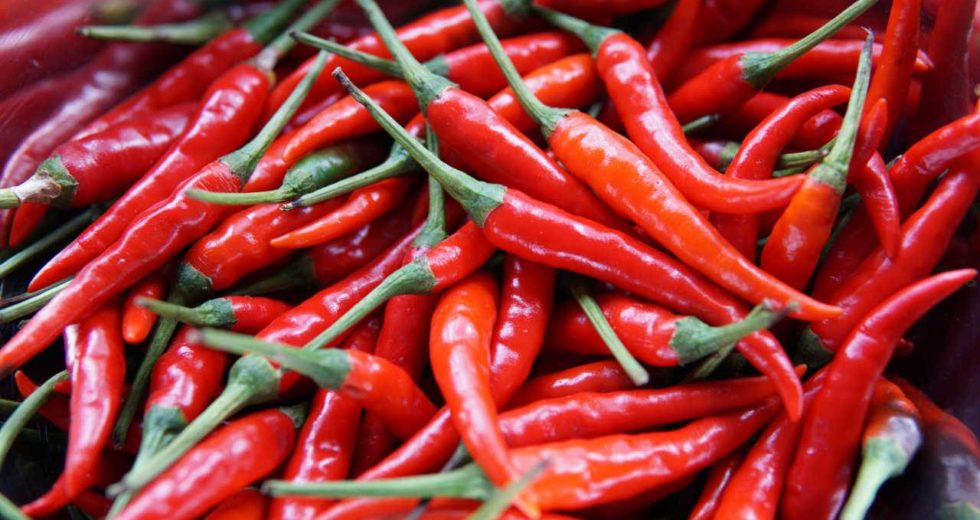 People who consume chili pepper daily have a lower mortality risk allegedly, new research says. The Moni-sani study, whose target is to understand the environmental and genetic elements behind cardiovascular disease, cancer, and degenerative pathologies, is the first to analyze the attributes of chili peppers in regards to the threat of death in a European and Mediterranean environment.

​The paper led by the Department of Epidemiology and Prevention of I.R.C.C.S Neuromed in Pozzilli, Italy, has demonstrated that people who regularly consume chili pepper have a lower risk of mortality by 23 percent than those who do not eat this product.

The study has surveyed 22,811 citizens of the Italian region of Molise, analyzing their health situation for about eight years, and compared it with their eating patterns. The scientists have noticed that in people consuming chili pepper regularly – at least four times per week or more – the threat of death because of a heart attack was reduced by 40 percent.

“An interesting fact is that protection from mortality risk was independent of the type of diet people followed. In other words, someone can follow the healthy Mediterranean diet, someone else can eat less healthily, but for all of them, chili pepper has a protective effect,” said Marialaura Bonaccio, Neuromed Epidemiologist and first author of the research.

Licia Iacoviello, Director of the Department of Epidemiology and Prevention at the I.R.C.C.S. Neuromed and Professor of Hygiene and Public Health at the Università dell’ Insubria of Varese said: “Chili pepper is a fundamental component of our food culture. We see it hanging on Italian balconies, and even depicted in jewels. Over the centuries, beneficial properties of all kinds have been associated with its consumption, mostly based on anecdotes or traditions, if not magic. It is important now that research deals with it seriously, providing rigor and scientific evidence.”

She added that now, as we already see in China and other countries, we know that the different capsicum species can protectively impact our health.