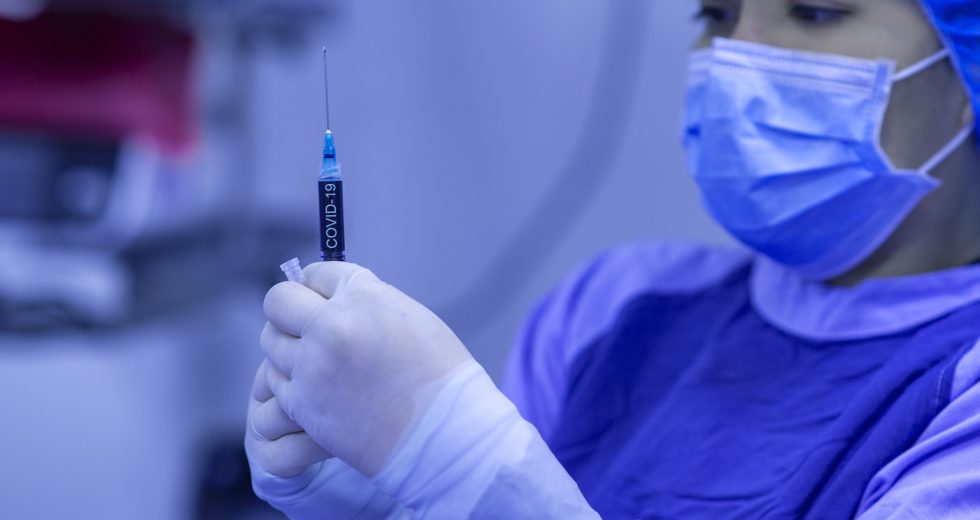 After spending a month in the hospital, getting treated for COVID-19, a man from Washington decided to apologize to the medical staff for not getting the vaccine!

54 year old Richard Soliz from Seattle, Washington battled COVID-related complications starting with late August, all through the month of September.

After finally getting better, Soliz says he feels really bad for not receiving the jab beforehand and possibly catching COVID as a result.

Furthermore, he is remorseful about putting his doctors through a lot of stress and about the effort they put in to treat him noting that they definitely saved his life.

While chatting with The Washington Post about his scary experience with the virus and his feelings about not getting vaccinated, Soliz stated that “In hindsight, I felt really bad. And I knew in my heart, in my mind and in my consciousness, that it all could have been avoided.”

He went on to tell the news outlet that he decided not to get the vaccine upon seeing information on social media that contradicted what he saw on the news about the same topic.

In fact, one Kaiser Family Foundation (KFF) survey found that 78 percent of American citizens, including those who are fully vaccinated, believe at least one false piece of information regarding vaccinations.

Soliz apparently started having symptoms in August but thought that what he was experiencing was simply the flu.

However, what finally caused him concern was developing a severe headache along with the usual flu-like symptoms.

“I cannot even explain to you the intensity of that headache… I’ve never experienced a headache like that before ever in my life,” the man shared with the publication.

Not too long after, he checked into Harborview Medical Center in Seattle where he received much-needed treatment for his severe COVID symptoms.

Upon getting treated, Soliz realized that he had contributed to the country’s COVID crisis, unnecessarily.

“I did not do it deliberately – that was the worst part; that was the part that really disturbed me quite a bit. I didn’t know the proper thing to do.”

As per CNN, the man’s health got really bad during his hospital stay to the point that he eventually needed to be placed on a heart monitor as well as on a ventilator.

“I was literally on my deathbed, hanging from a string, and [doctors] tended to me as perfect strangers. When you are in the position that I was in, it resonates differently, and I had to say something,” Soliz told CNN.

He also noted that he felt embarrassed to tell the medical staff that he had not been vaccinated.

The director of the ICU at Harborview, Dr. James Town, shared with the same outlet that about 99 percent of all patients admitted to the hospital back in late August were not vaccinated.

With that being said specialists there were quite used to treating COVID patients who had been misinformed about the vaccine and the virus and were relieved to see Soliz recover, something others like him are very rarely able to do after being put on a ventilator.

A nurse at Harborview by the name of Kimmy Siebens told Soliz during a visit the man made following his recovery that “We put so much of our own heart into the care and worry. We never get to see people get that much better, not really. And so it is amazing. It makes it feel like it is definitely all worth it, you know?”

After going through so much, Soliz is using this terrible experience to convince people to get the vaccine and not make the same mistake he made.

“I am certain that there’s truth to this virus, and not getting vaccinated leaves you vulnerable to the extent of possibly taking a person’s life. I personally know that, because I wasn’t vaccinated. I didn’t act, I was not certain, and I almost lost my life,” he told CNN.

At this point in time, over 80 percent of American citizens of adult age have been vaccinated with at least one dose of the vaccine while 70 percent are fully vaccinated.

Meanwhile, according to the KFF vaccine monitor, 16 percent of Americans say they will “definitely not” get vaccinated so it looks like some will not be convinced no matter what people like Soliz publicly say about their personal experience with the virus.