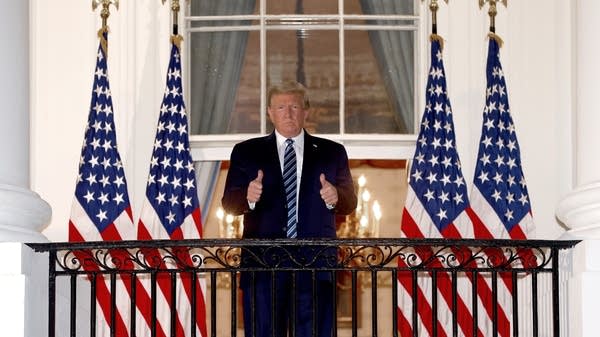 President Donald Trump is trying to win back the chair for another 4 years. However, the situation in his country doesn’t really help him in his campaign. America is dealing with a viral surge in Wisconsin. The state’s record spiked in only one day in cases and deaths, and this actually shows how Trump’s ideas don’t really work.

The election is very close, and we will soon learn who the next President will be. In the meantime, Trump greeted the crowd, and very few people were wearing the mask. The Badger State hospitals are understaffed, and they’re all facing the threat of being overwhelmed by the patients suffering from COVID-19. However, Trump does everything in his power to be reelected.

Trump also visited Michigan and Nebraska, and he told everyone that the pandemic is almost over. “We are turning the corner. We are rounding the curve; we will vanquish the virus,” stated Trump. The US has broken a record with a new number of infections which led to half a million new cases in the last week. There are more than 226.000 Americans who have died, and the current rate of deaths is 800 per day. And because winter is on its way, this number will go even higher.

Trump is still not taking it seriously

Trump actually denies the impact of the virus on this country, and he is holding super spreader events which put not only the supporters’ health risk but also his health at risk. He is prioritizing his political strategy, and not the public health.

Trump has complained that all that media is talking about is Covid. However, the state’s Democratic Gov. Tony Evers warned us: “There is no way to sugarcoat it, we are facing an urgent crisis, and there is an imminent risk to you and your family.”

The Secretary-designee of Wisconsin’s Department of Health Services, Andrea Palm, also said: “The increasing cases and our increase in deaths today are the largest single-day increases we’ve seen throughout the course of this pandemic. We must take significant and collective action.”